Over the years we’ve seen a variety of concepts for portable augmented reality devices, but it seems as if Google Glass opened the floodgates for AR devices that are worn like eyeglasses. Case in point, the Japanese telecommunications company NTT Docomo, which recently showed off not one but four ideas for glasses with an AR interface. 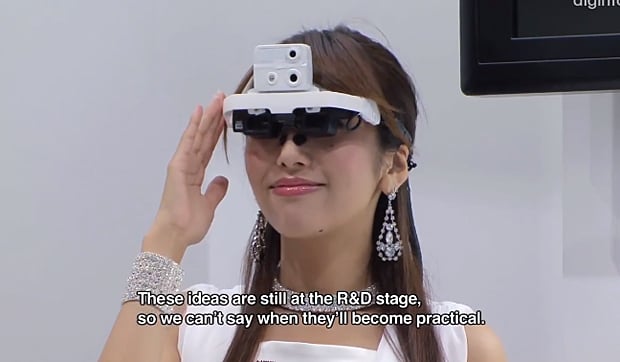 The first interface that NTT Docomo showed off was a projector that mirrored the display of a connected mobile device. The player appears to float in front of you and you can still see what’s in front of you in the background of the window. That in itself isn’t particularly revolutionary or practical, but when paired with sensors it turns into a really neat product. For instance, Docomo imagines a combination of a head-mounted camera and a face recognition app that shows you information about the people you meet. 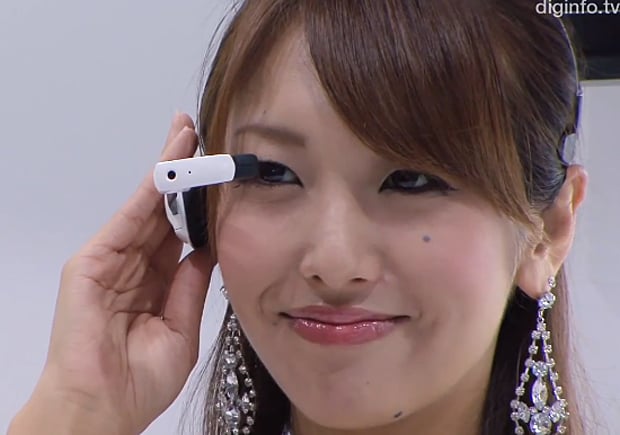 The other two concepts were more exciting: the real-time translator that I talked about a couple of weeks ago and an external projector that can detect the size of the object that you’re using as a display surface. When used with a ring-shaped accessory, the glasses will also be able to detect your hand, allowing you to manipulate the projection as if it were a touchscreen.

There you have it, another exciting look at the future of augmented reality, and perhaps fashion as well. Out of all the concepts I’ve seen, the one I really want to own would still be the Sixthsense concept from back in 2009. I wouldn’t mind looking like a dork for that.