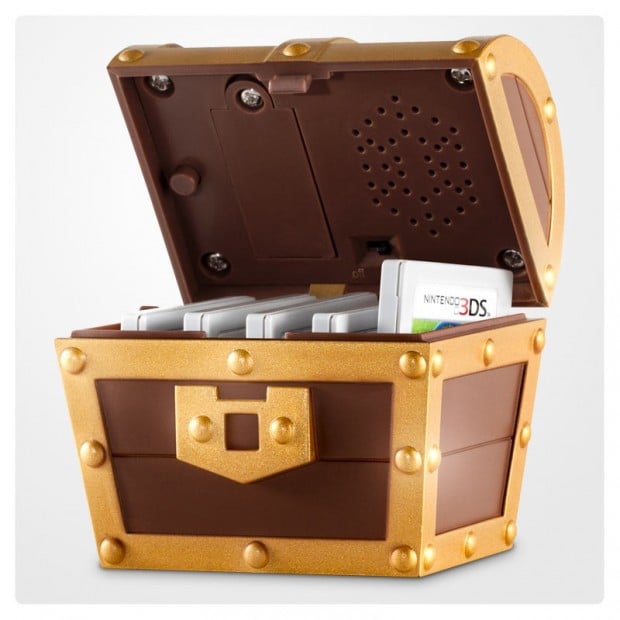 The treasure chest can store up to five 3DS cartridges. 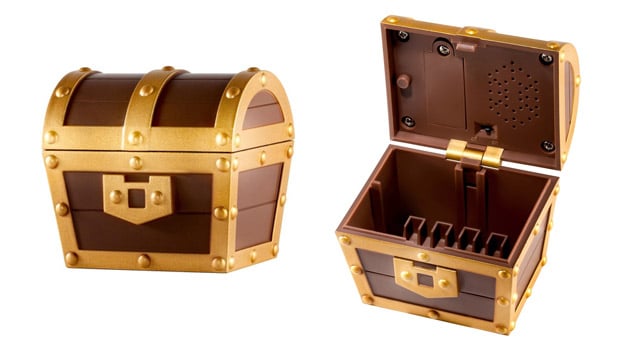 It emits the classic melodic fanfare when you open it, as demonstrated by The Legend of Zelda producer Eiji Aonuma and Nintendo President Satoru Iwata in the Vine video below (be sure to turn on the sound)…

I’m not sure if the collector’s edition will be released globally, but it’s available for pre-order in the UK via Game, in Spain via Game as well and in Australia via EBGames. Aside from the chest, the limited edition bundle will also come with a poster and a Nintendo eShop download code for the Game Boy classic The Legend of Zelda: Link’s Awakening.