Attention Pokémon X & Y players! Avoid saving in Lumiose City! Nintendo has officially acknowledged a bug in the two new Nintendo 3DS games. The bug may occur if you save in the outermost circular road (see image below) in Lumiose City and then power off your 3DS or 2DS. The result is nothing less than a permanently corrupted save file. 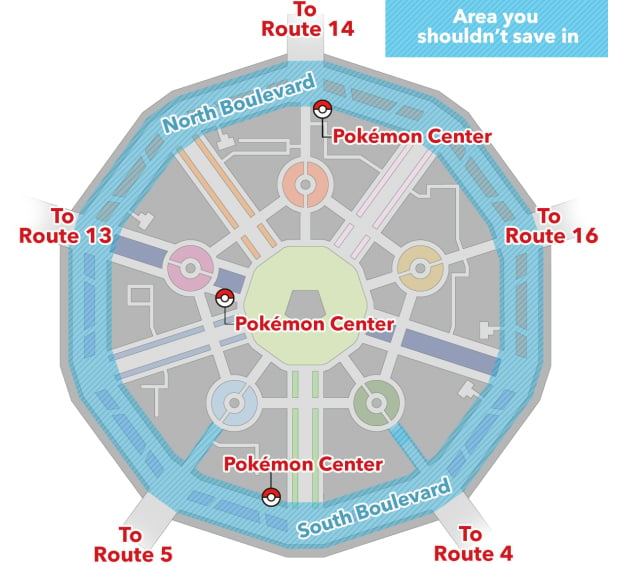 Skip to about 1:20 in YouTuber NerdCubed’s video below to see the bug in action. And the game in inaction.

If your save file was corrupted this way, you can either just restart the game or wait for Nintendo’s remedy, which will be an application that will be available from the eShop. The company didn’t say when they will release it though. There are a couple of unofficial tips to fix the bug, but don’t take my word for these. The first one is to load your save file, then press the “Home” button repeatedly as the screen turns black and music starts to play. The second unofficial remedy is to remove your SD card from your Nintendo 3DS, then boot up the game without the card. Again, those are unofficial methods, but I think they’re safe enough to try on your own.