The first Mega Man game celebrates its 25th anniversary this year, while its sequel is still “only” 24 years old. But it was Mega Man 2 that catapulted the Blue Bomber and his franchise to fame, and is widely considered to be one of the best videogames of all time. So I don’t think anyone would ridicule NES modders Platinum Fungi and Custom NES Guy for paying tribute to the legendary platformer one year in advance. 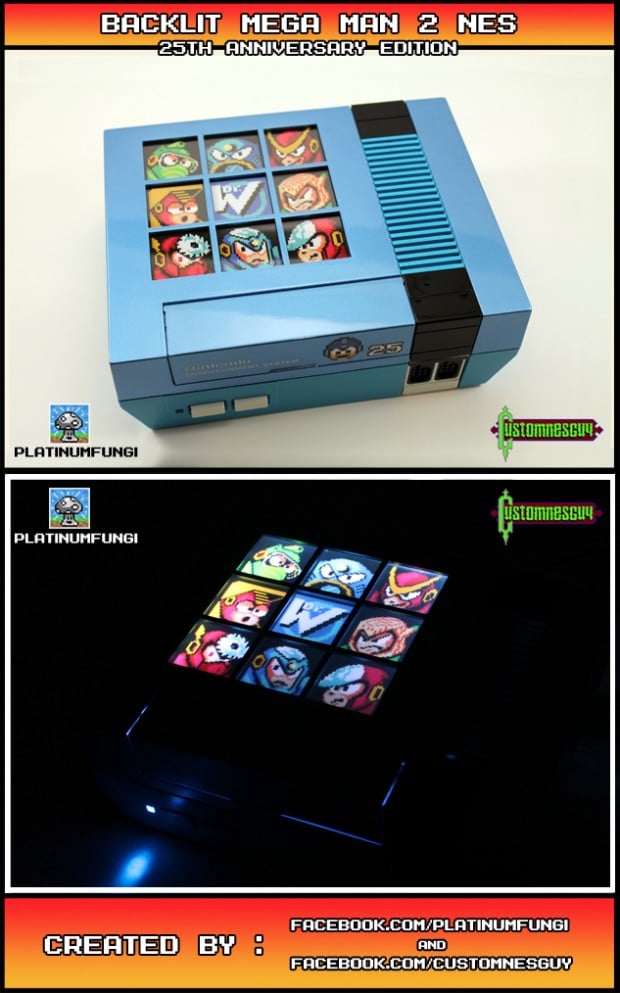 Platinum Fungi made the cutout backlit design, which features the eight Robot Masters from Mega Man 2, while Custom NES Guy did the slick paint job. 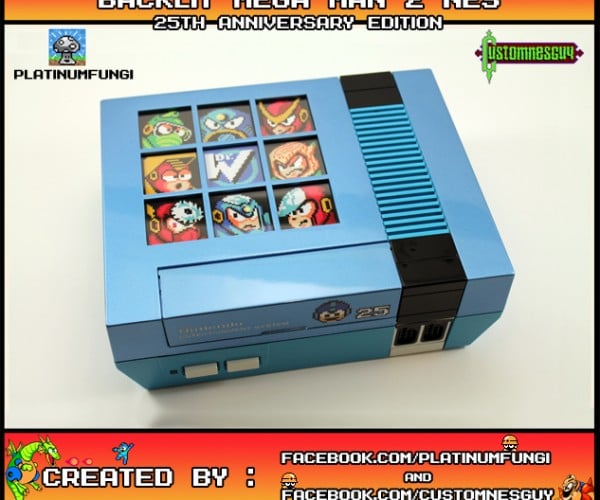 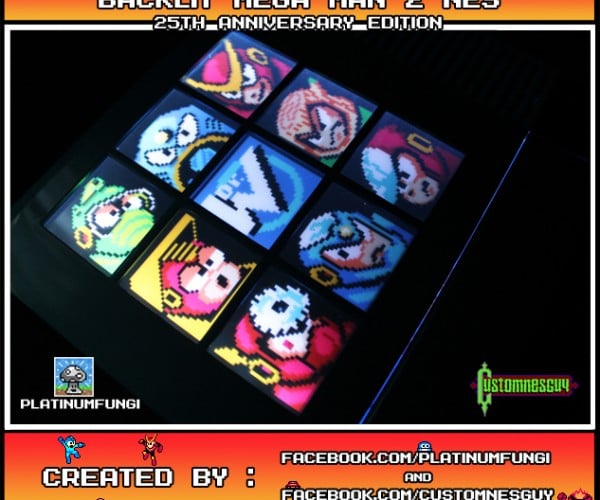 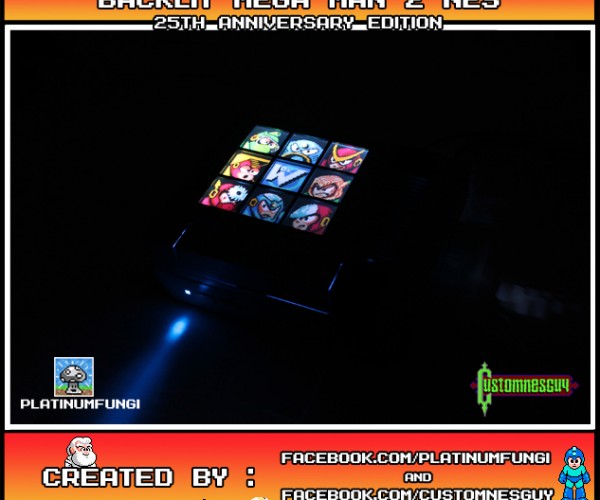 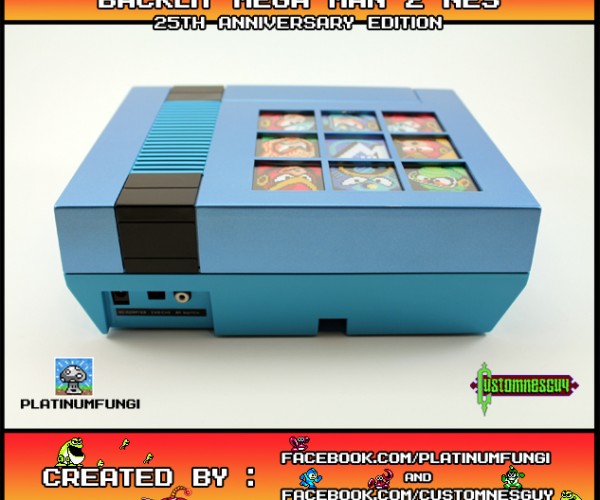 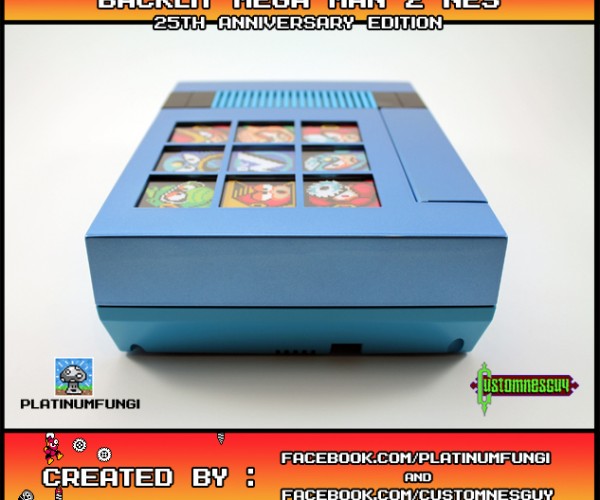 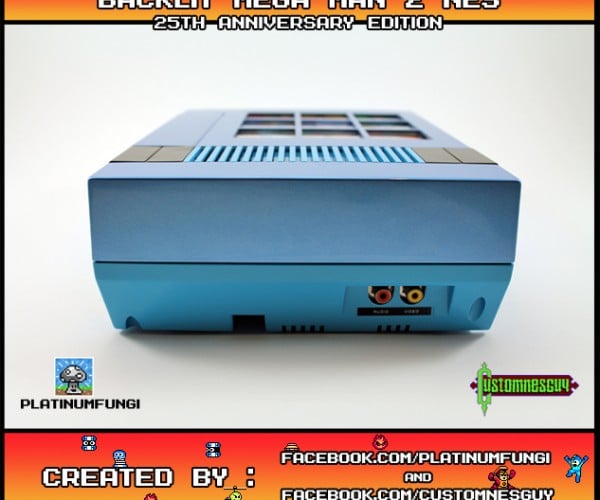 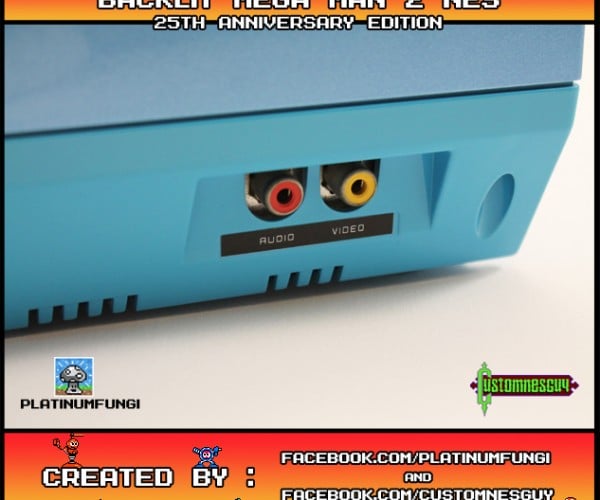 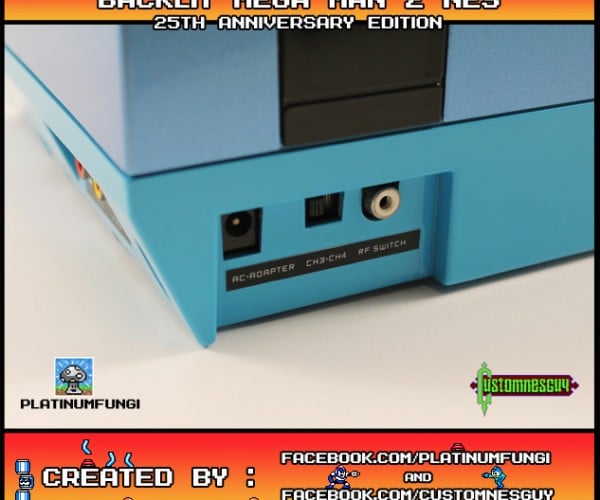 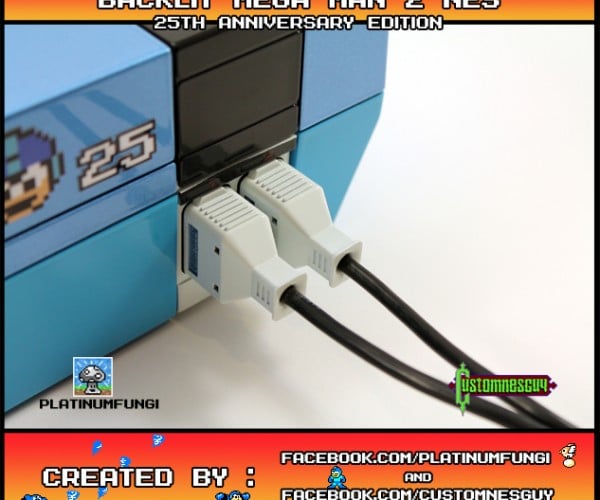 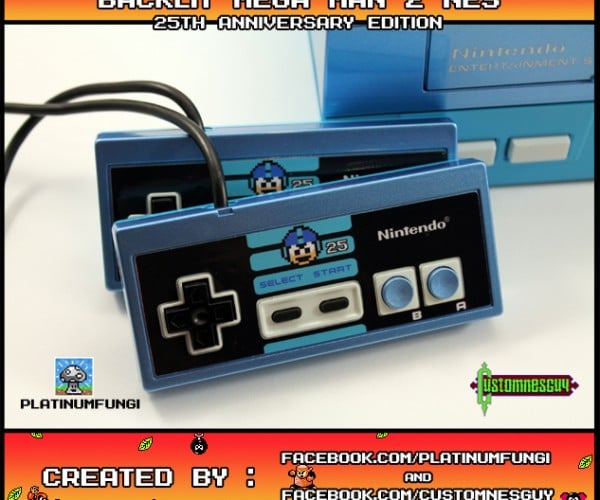 Cool Man. I’m not sure if Platinum Fungi is selling this particular console. You can hire him and Custom NES Guy for custom NES builds though, so maybe they’ll make another one for you.