Aww, look at the cute little kitty candles… Now light them up and enjoy their warming glow. 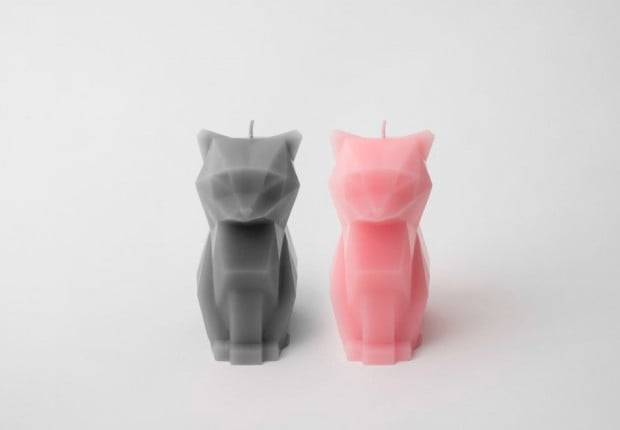 Now watch in horror as their tiny insides are slowly revealed… 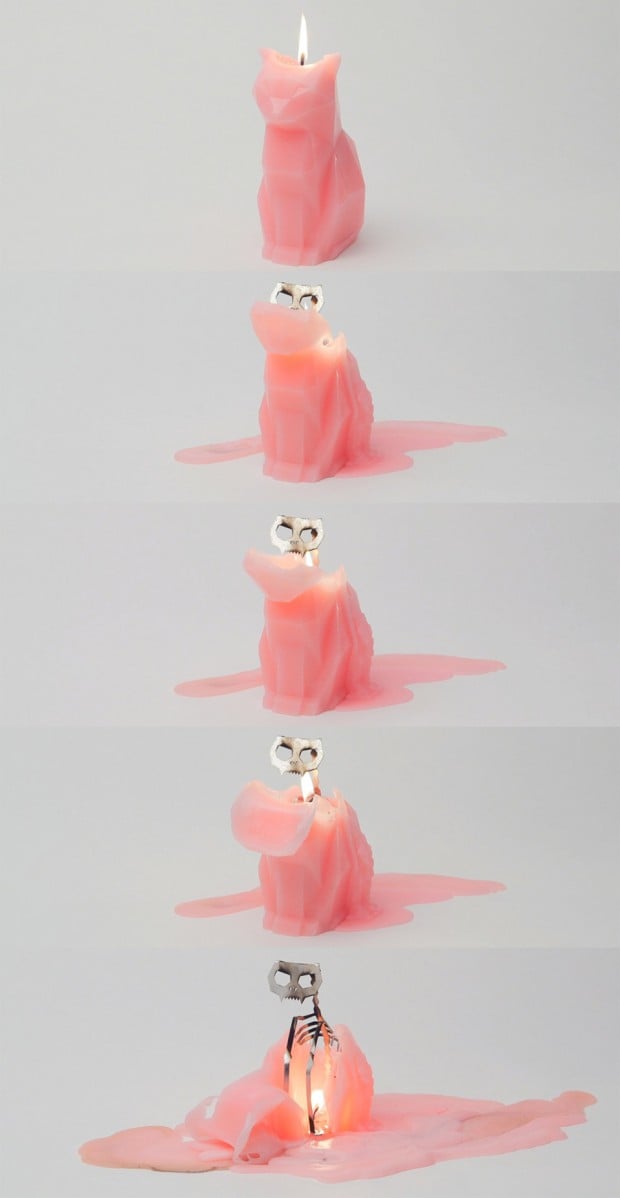 These nightmare-inducing candles, titled The Devil’s Pet were conceptualized by Icelandic artist Thorunn Arnadottir using a tiny aluminum skeleton inside of a wax casting.

Sweet little kittens are transformed in a fire. Crawling from the ashes come forth grinning metallic devils with sharp claws and fire blazing in their eyes.

Now that’s quite a visual.

If you’re interested in grabbing some head on over to Kickstarter and pledge at least $29(USD) for your very own melting cat candle. It’s too bad they won’t be ready for Halloween. Oh well, there’s always next year.

[via Excused from This via Everything Floats]