Star Trek J.J. Abrams Pinball Machine, to Boldly Tilt Where No Man Has Tilted Before

If you have a spare $5,299.99(USD) you can buy this sweet new Star Trek Pinball machine for your man cave or replica Starship bridge. It looks pretty fun and your goal is to destroy the U.S.S. Vengeance. If you didn’t like Into Darkness, this will probably be a much better experience than what you saw on screen. 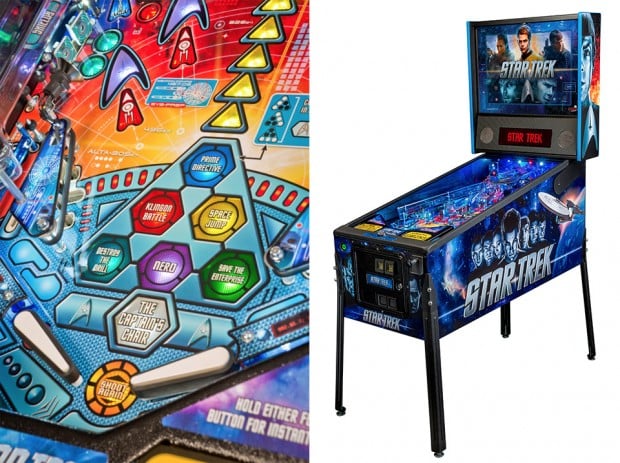 This is Stern’s first all LED illuminated pinball game. It has all the requisite lights and sounds of course, as well as phaser flashes and photon torpedoes. 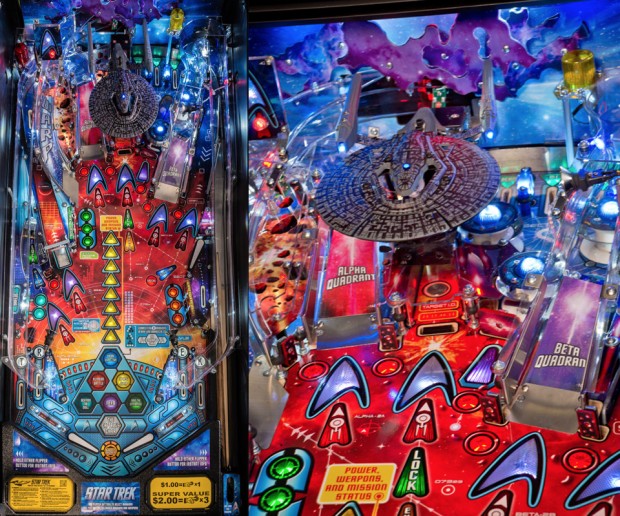 There are six missions for casual players and 18 missions for those already familiar with Star Trek and pinball. Along the way, you will unlock specials, collect bonuses like a series of accolades called “The Captain’s Chair”. It looks like a fun table that will offer hours of play. 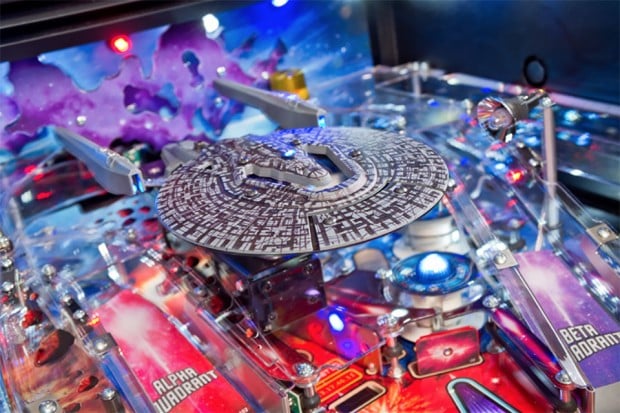 All of your favorite old enemies are here, like: Khan, Nero, Klingons, and the Narada. While it’s not the first Star Trek pinball machine – there have been several before this – it’s the first one from the J.J. Abrams universe. I’m disappointed by the lack of a single tribble however. Would it have killed them to sneak one in?

Wealthy Trekkies will want to pre-order one now. It will be available in February from Entertainment Earth, or you can buy one right now from Stern Pinball.