The Japanese space agency known as JAXA has announced that it has conducted a test of its space cannon that will be used to remotely fire a 4-pound metal projectile into the surface of an asteroid. The space cannon will eventually be mounted inside the Hayabusa-2 space probe that’s scheduled to take off in 2014. 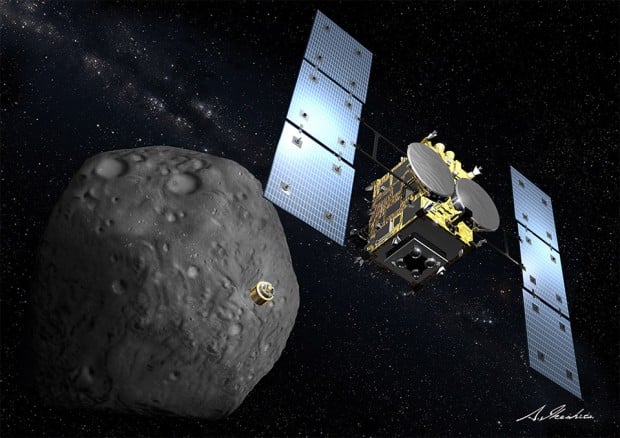 The space probe will eventually rendezvous with an asteroid called 1999JU3 that is in orbit between Earth and Mars. That rendezvous is expected to happen in 2018. Once the space probe gets close enough to the asteroid, the cannon will detach and remotely fire its projectile into the surface of the asteroid.

The goal is not to destroy the asteroid, but to create a small crater that the probe can land beside and then deploy a small Rover to gather samples. The samples will then be carried back to Earth and are expected to return in 2020. The Japanese space agency wants to create the small crater to expose new asteroid material that hasn’t been affected by space weather and heat.