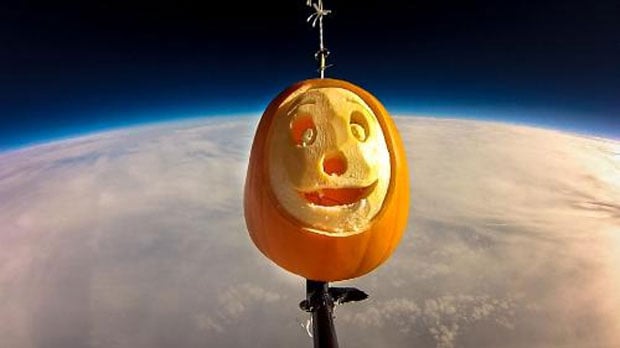 On the coolest things about this video is that you can see ice form on Patches the pumpkin as it travels through the ice cold atmosphere. The pumpkin reportedly encountered temperatures as low as -20°C and accelerated at a rate of 5 m/s when let go. The pumpkin reached an altitude of 30 km before the balloon burst with Patches and the camera returning to Earth using a five-foot diameter parachute. You have to check out the video for yourself and be warned the video is a bit of a commercial for the TOP Fruit Hub app, but my eight-year-old daughter assures me the video is awesome.