Thanks to Tom Hiddleston’s crisp portrayal, Marvel’s Loki has quickly a popular character, a beneficiary of the world’s bizarre fascination with anti-heroes and villains. Like the Joker, Darth Vader and the other bad guys we love, the god of lies and mischief has a memorable and awesome costume.

Now you can adorn yourself in his image and show the world where your values lie with Mad Engine’s officially licensed hoodie . 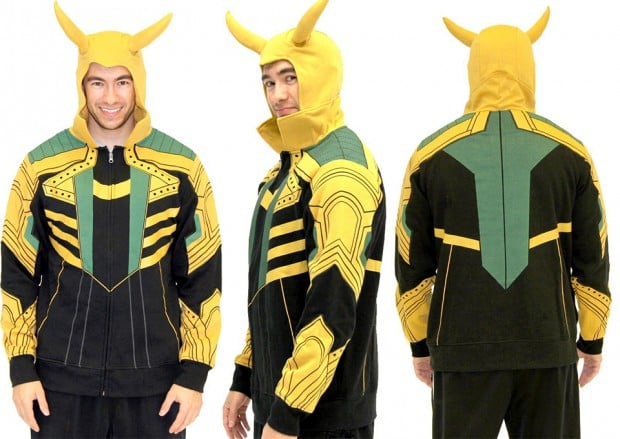 You can buy the hoodie on Amazon for about $60 (USD). One customer said that the horns are a bit heavy and might pull the hood down over your eyes somewhat. How fitting.