We all know that humanoid robots roaming the streets aren’t that far away, but there are still plenty of kinks to be worked out of the designs. The AMBER 2 Robot does its best to emulate human foot movements, with the goal of making a machine that can walk on all sorts of terrain. 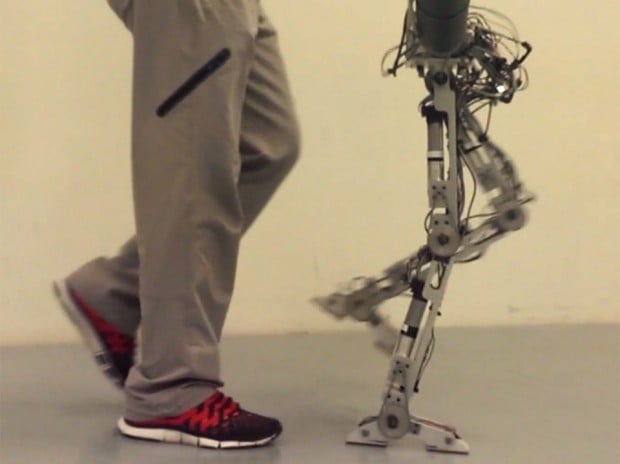 The AMBER 2 Robot from Texas A&M Amber Lab has almost all of the pivot points necessary to mimic human-like locomotion, which is very complex. You’ll note the purposeful stumble at the end of the video, which was intentional to show that the boom only provided lateral stability.

I want to see when these kinds of legs will be integrated into a real walking robot. Hopefully, Skynet won’t use them to help exterminate us all.

[via Engadget via Ubergizmo]