Finger Scanner Concept: The Most Compact Barcode Scanner Ever

I tried working as a cashier at a friend’s store once, and I have to say, it was tough. You would think that it’s all fun and games, pointing the scanning gun at the barcodes of items that people have bought, but it’s harder than you think.

I realized that it took a certain amount of skill, not to mention experience and familiarity, to get into a rhythm and scan stuff in rapid succession without having to rescan any item. Something that might potentially eliminate this problem is the Finger Scanner by Seokmin Kang. 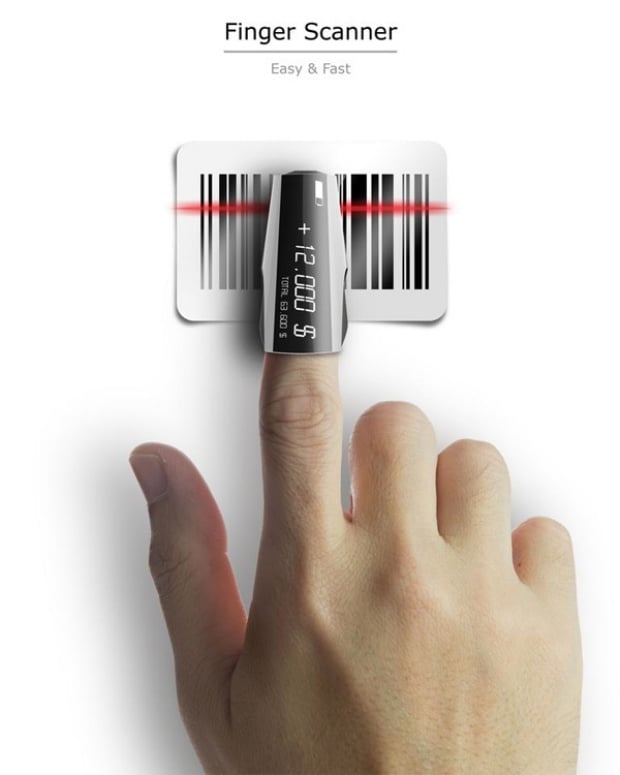 It’s a barcode scanner concept that basically takes that whole scanner and crams it into a tiny device that’s meant to be worn on the user’s index finger. All the user will have to do is scan his finger over the barcode, and voila! It’s done. 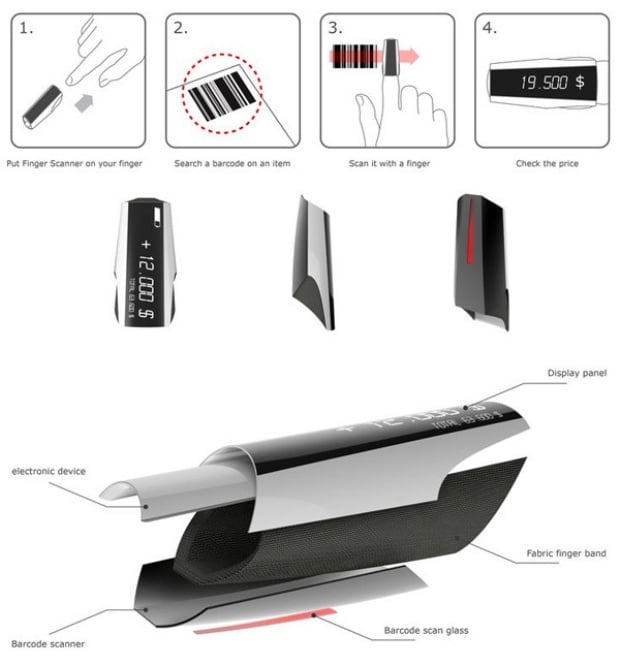 It’s only a concept for now, but it’s definitely an interesting one. Just think at how it could make the jobs of so many cashiers easier while cutting down on the average checkout time.