There are many areas around the US that have speedy broadband Internet service, but some of us still labor behind incredibly slow connections that take forever to download large files.

With the impending launch of the PS4, the premier launch title Killzone: Shadow Fall is getting a lot of press. Incredibly, the original size of the game files before compression was used was a whopping 290 GB according to details recently published. Considering the game has always been intended to be offered as a digital download, I can only imagine how long that download would take at my house. 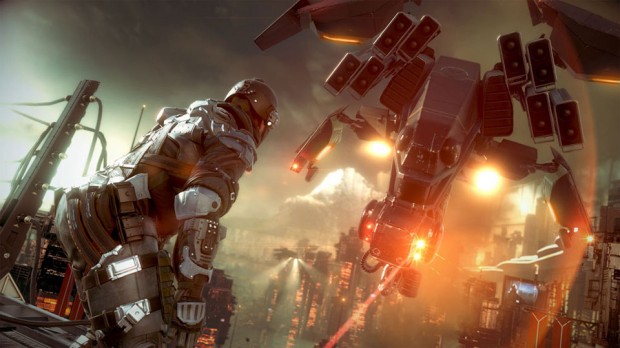 Shadow Fall was eventually compressed down to 40 GB to enable it to fit on a Blu-ray disc. That said, 40GB is still a massive download for people who opt to purchase digitally. One reason the game was so large was because all of the textures are incredibly high resolution. The game also reportedly has a very large surface area around 5 to 10 times larger than Killzone 3 offered.

“I think at some point the disc image that we were generating was around 180 gigs,” said Guerrilla Games’ technical director Michiel van der Leeuw. “And if we would have put all the levels in, which we didn’t, because then the disc image generator broke, it would have been around 290 gigs of data.”

The good news for people hoping to purchase the game in digital format is that the PlayStation 4 will have the PlayGo system that allows you to download only a portion of the game before you can play. The bad news is that portion is still 7.5 GB meaning many people will wait many hours just to download the first portion of the game. Probably better to just buy the game on disc, if you ask me.