Wads is a Spitball Launcher and Pen in One

Spitballs are annoying, but they’re a part of life, especially in grade school. If you have a kid who’s being tormented by these nasty balls of paper and spit or know someone with a kid who’s in a spitty predicament, then you might want to look into Wads. 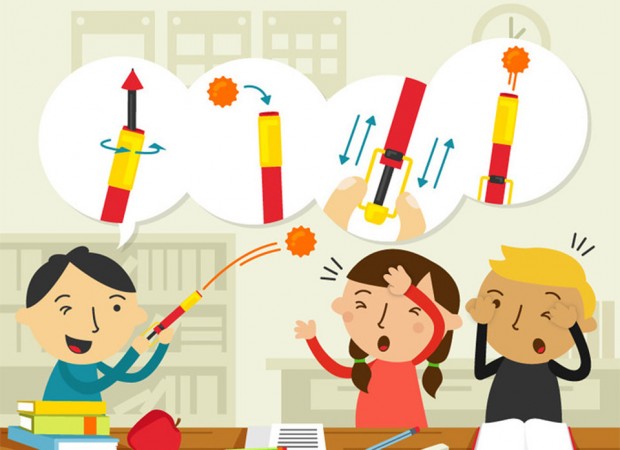 Wads is basically a pen with a spitball launcher on the other end. Spitball battles aside, this thing could actually result in hours of fun for kids and introduce them early on to speed, acceleration, and trajectories. (Ahem: a spitball is launched at an angle of 45° to the horizontal and it falls 3 meters away at the same level…)

Wads was created by Ash Gilpin, who has been obsessed with the idea of creating a spitwad launched ever since he was a wee little kid.

Ash explains: “We think kids will love it. Although, schools will probably ban it. But hey, we’d take the PR.” I kind of agree.

Ash has plans to expand the Wads empire to include an interactive game (aptly called Wadboard) down the line. If you like what he’s doing and want one Wads pen of your own, then make a pledge of at least $10(USD) on their Kickstarter page.