Worf: Captain. There is an anomaly dead ahead. Too late! We have entered a galaxy far, far away. So far away I’m not getting any accurate readings. Oh, and we are also now in a time period that the computer will only say is a “long time ago”.

Picard: What is that Worf? Is that a ship? It looks a bit like that hamburger the replicator served me for lunch not one hour ago. With a satellite dish on top. Red alert! Raise shields! 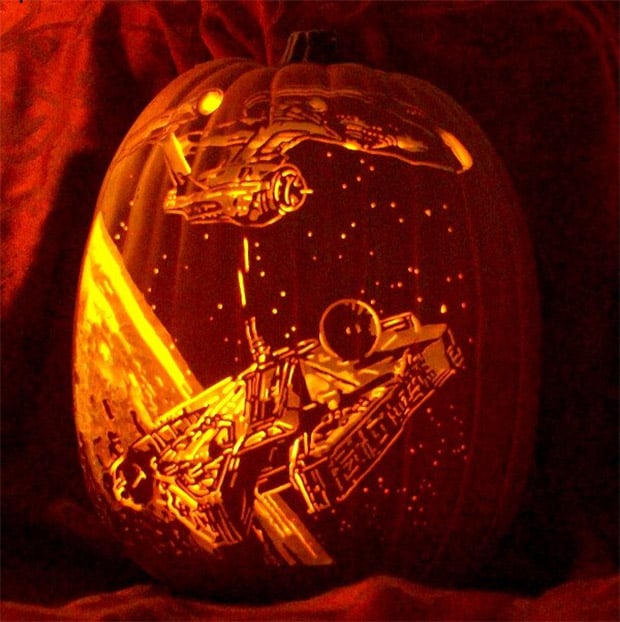 This awesome pumpkin is the only crossover between Star Wars and Star Trek that I want to see. Who would win? Picard and Kirk are a seasoned starship Captains with years on their side, but Han Solo is rough and tumble and has the reckless asset of youth. He also has a Wookiee co-pilot by his side, who could probably rip the arms off of pretty much any member of the Enterprise’s crew.

This pumpkin is from master pumpkin carver Alex Wer. Check out his entire gallery here.

[via Between The Pages via Neatorama]