Link isn’t known for being flashy or even stylish, but fans still associate him and his series with bling, thanks to Nintendo’s tradition of releasing gold cartridges and systems for The Legend of Zelda games. The talented console modder Zoki64 and his customer steal that trick from Nintendo and then some by making a sparkly Ocarina of Time-themed Nintendo 64. 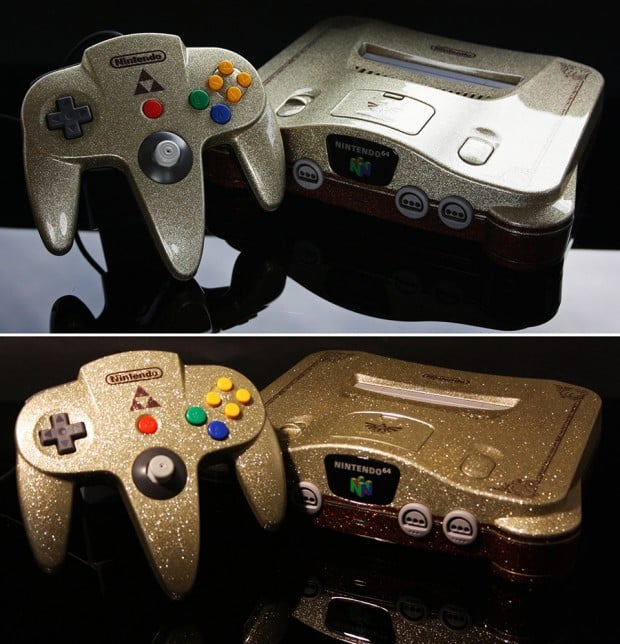 Zoki64 gave the console a metal flake finish, causing it to twinkle in direct light like an angsty vampire. 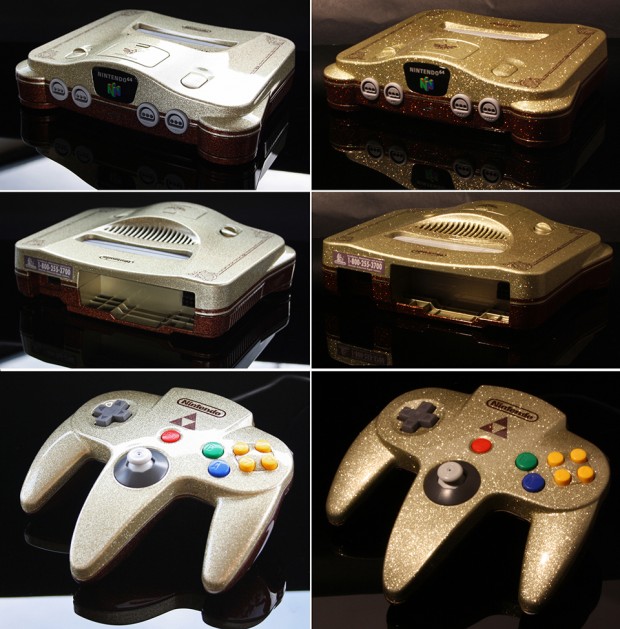 Put your shades on and skip to about 0:30 in the video below:

Zoki64 also made a more subdued gold Zelda casemod but with a Famicom console. Check that out and the rest of his eye-popping work on his deviantART page.