When Cory Newton-Smith made her son Cooper’s DeLorean push car last Halloween, she said that she would love to make epic costumes for her son every year. Fortunately for us, Cory and her husband Jeremy stuck to that promise. This year they dressed up Cooper as a Ghostbuster for Halloween. Naturally his push car had to go as Ecto-1. 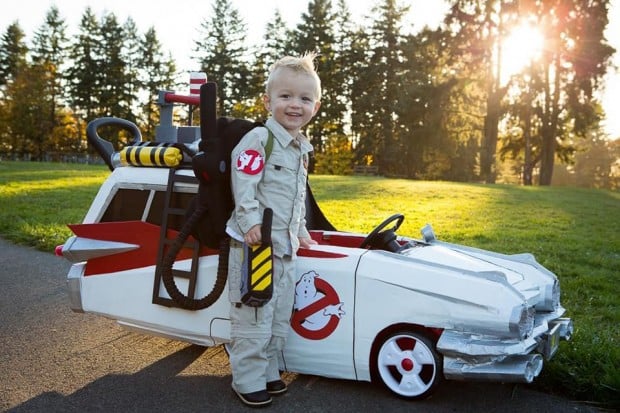 Cory modified Cooper’s push car using “cardboard boxes repurposed from their recent move, spare electronics from an old vehicle, salsa cups from Mexican take-out, empty pop bottles, LEDs from the local electronics store, and some paint and tape.” Cory also bought felt replicas of the Proton Pack and Ghost Trap from Etsy shop owner Jezebel Rose. Cooper’s dad Jeremy also stepped up his game from last year. He installed LED lights and Bluetooth speakers that they can use to play the Ghostbusters theme and sound effects from a Windows Phone app. 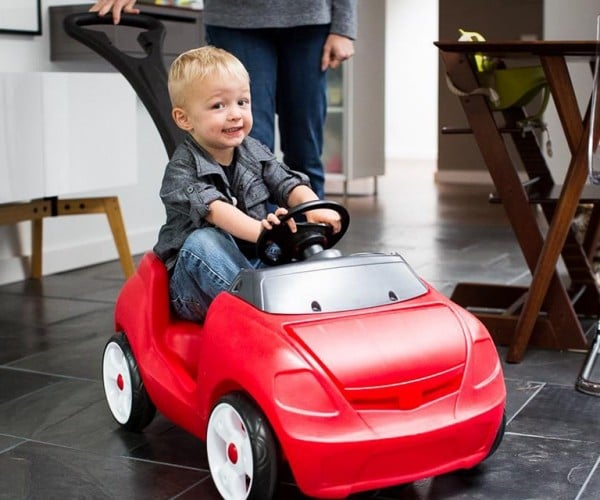 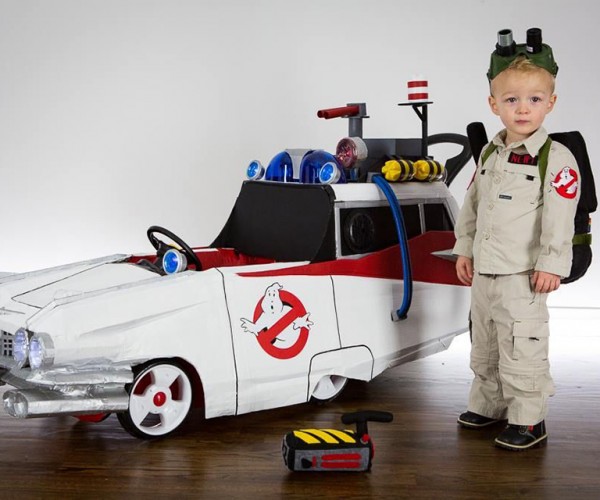 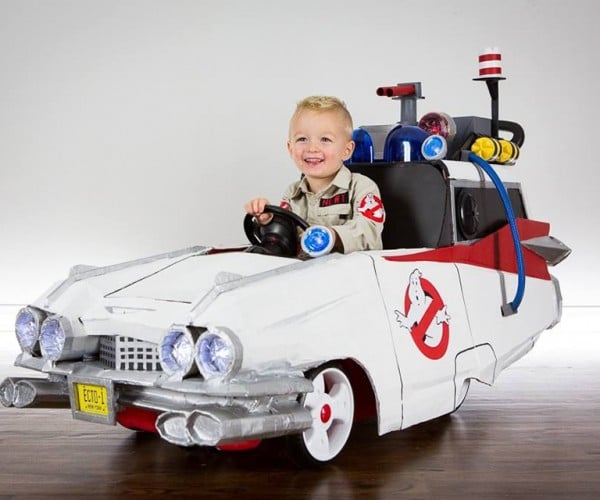 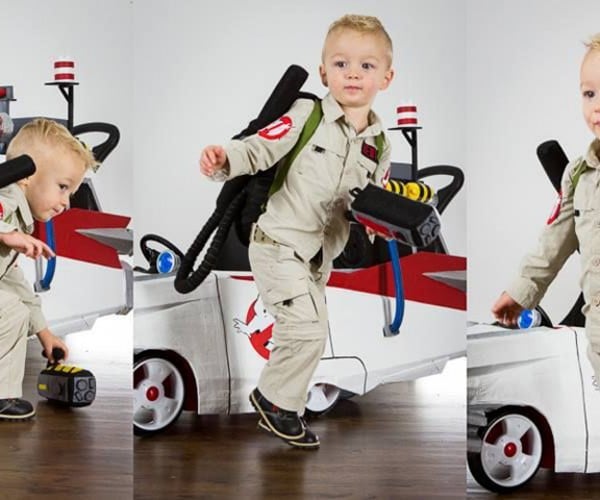 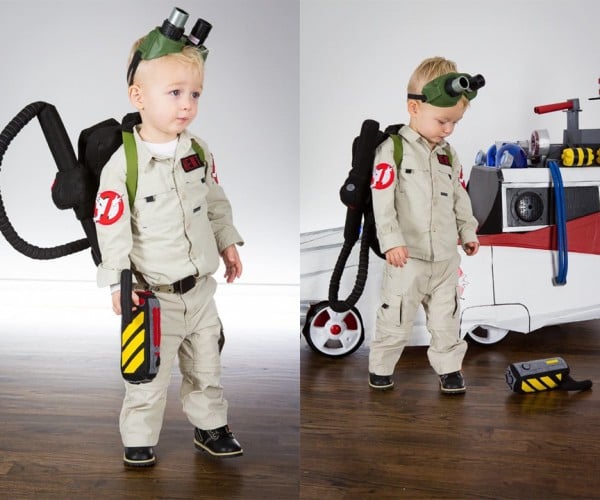 My how Cooper has grown. Where you gonna surf? To Cory’s Instructables page or the couple’s website for more images.