NASA has offered up three amazing images captured by the Spitzer Space Telescope. The three images are somewhat eerie, yet incredibly beautiful to look at. All three of the images are 100% real and are actually planetary nebulas. They are created by material ejected from dying stars. 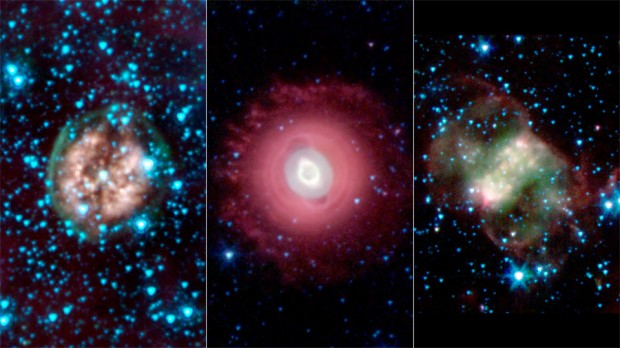 These three nebulas all have official names – starting with the Exposed Cranium Nebula. This one clearly looks like a brain and is situated about 5000 light years away from Earth in the Vela constellation. 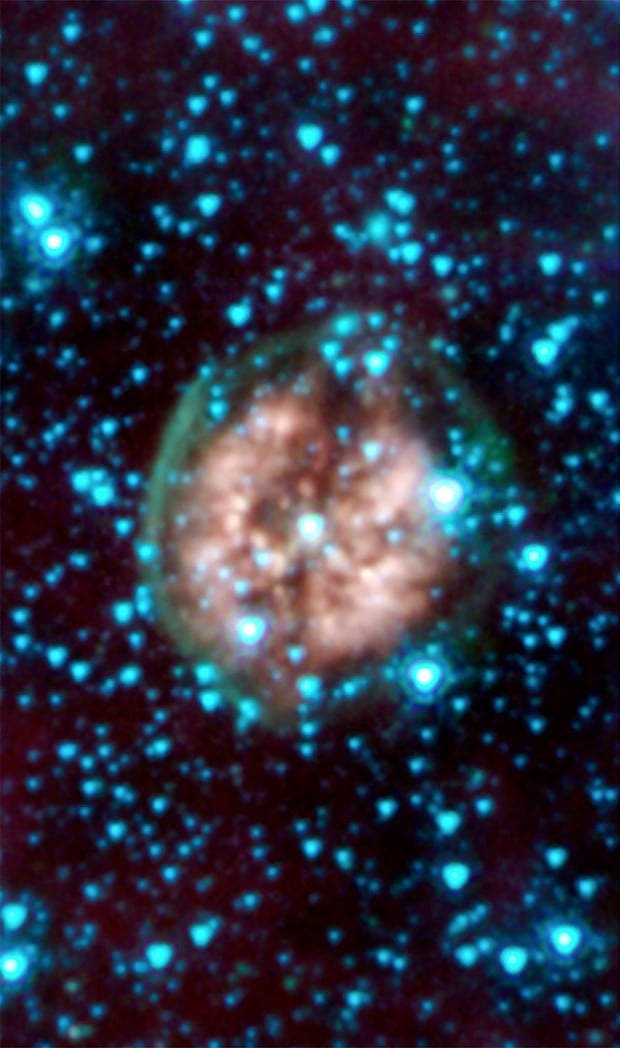 The next image is called the Ghost of Jupiter nebula and is about 1400 light years away from Earth in the Hydra constellation. 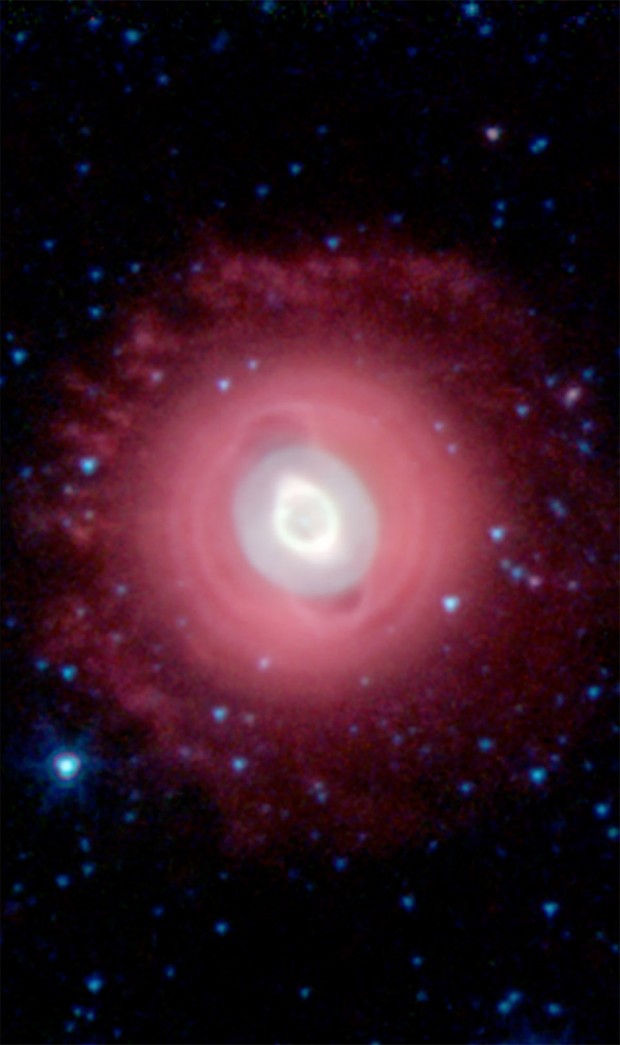 The final image is called the Little Dumbbell Nebula because it vaguely resembles a squat dumbbell. It’s located about 2500 light years from Earth in the Perseus constellation. 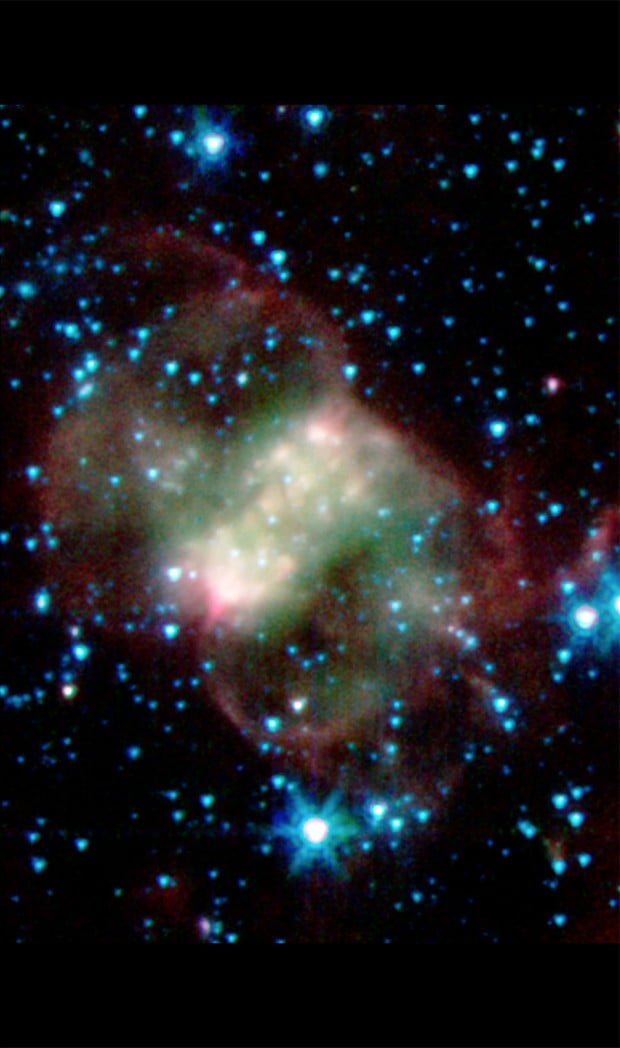 NASA says that all stars about the same mass as our Sun will eventually die and wind up as similar structures. As the stars die, they become red giants and throw their outer layers into the cosmos. Ultraviolet light from the core the dying star then energizes the injected layers causing them to glow.