Google today took wraps off its latest smartphone, the much-anticipated Nexus 5. In addition to being the fastest Nexus phone yet, it’s also slimmer and better looking than previous models. 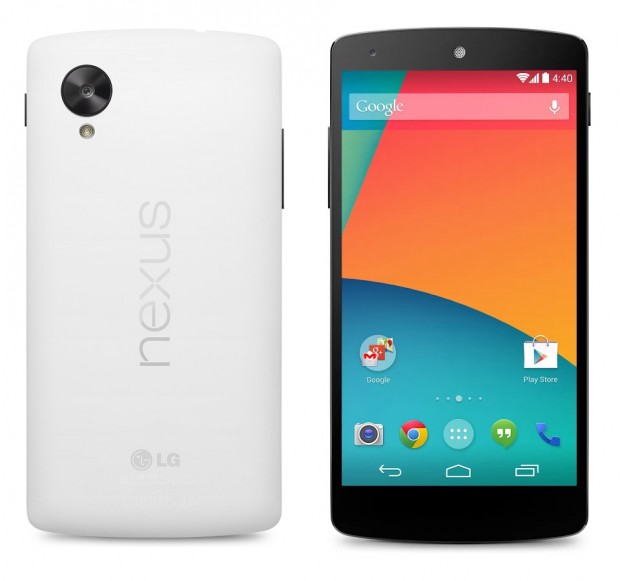 The Nexus 5 measures in at just 8.59mm thick, just a millimeter thicker than the iPhone 5S. But the Nexus 5 has a substantially bigger 2300 mAH battery and a large 4.95-inch screen. 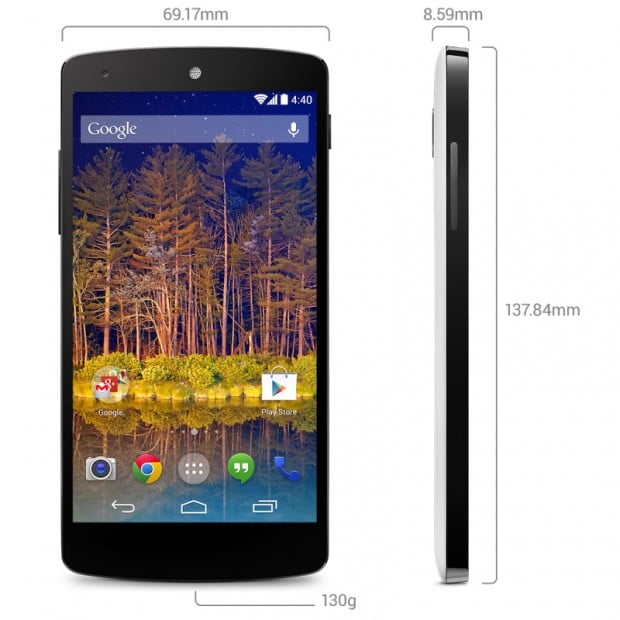 The phone offers up to 17 hours of talk time, or 8.5 hours of Internet browsing on Wi-Fi, or 7 hours on 4G LTE. Its display offers full 1080p resolution, and is covered with durable Gorilla Glass 3. 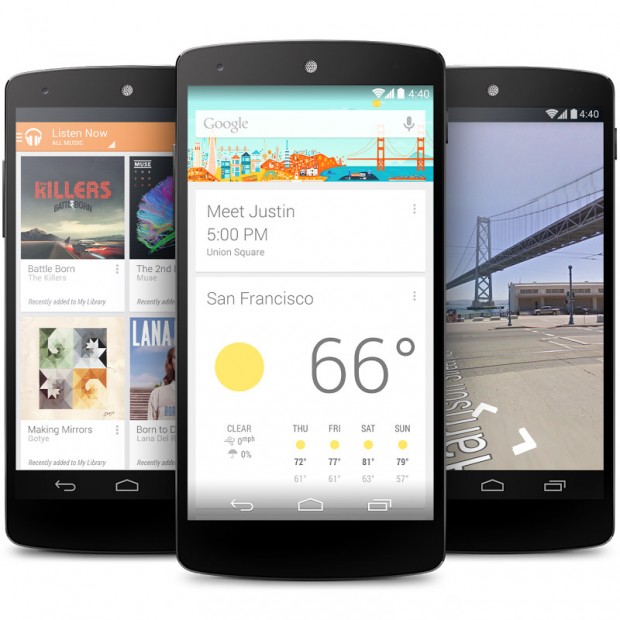 Under the hood, the Nexus 5 sports a fast Qualcomm Snapdragon 800 CPU, running at 2.3 GHz, with graphics powered by an Adreno 330 GPU running at 450MHz. It’s got an 8MP rear camera with built-in optical image stabilization, as well as a 1.3MP front-facing camera for video chats. Google also claims the camera offers improved daylight photos as well as crisp night time shots with minimal noise.

The Nexus 5 comes with Android 4.4 “KitKat” preinstalled, and like other Google phones, will be the first to get updates to new versions of the Android OS. Pricing for the Nexus 5 is $349(USD) with 16GB of storage, or $399 with 32GB. The phone is available in either white or black, and is available starting today over at the Google Play store.