The Neurocam is the latest invention from Neurowear – the minds behind the Necomimi cat ears and that tail that wags tail that wags based on your thoughts. Though this one seems like a slightly more useful, if not still strange device. 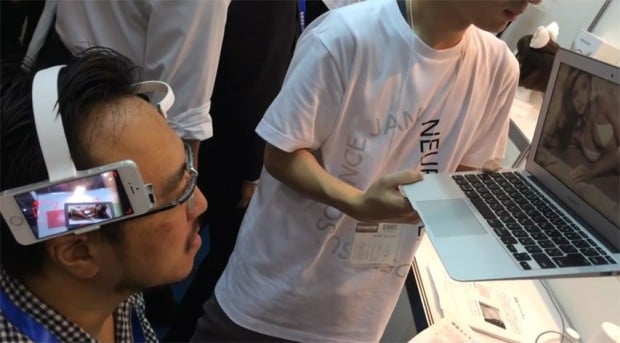 The Neurocam monitors brainwave activity to monitor your interest level in things you’re observing. When it senses that your interest threshold has been hit, it automatically captures images or video. In its current state, the system automatically creates 5-second GIFs of interesting subjects. Here’s a brief video demo of the Neurocam in action:

The device is a headband that holds the users smartphone in a bracket, and it appears that it also has some sort of 90-degree lens adapter for the smartphone so it captures images of whatever you’re looking at.

It’s definitely a novel idea, but all I can imagine is that for most guys, the Neurocam is only going to capture images of cleavage and butts.