Over the last few weeks, a giant barge turned up in San Francisco Bay that was tipped to be owned by tech giant Google. Early on rumors indicated that it was a floating data center but a local San Francisco CBS affiliate KPIX 5 now claims that the giant barge isn’t a data center after all. The station reports that multiple sources have told it Google actually has luxury showrooms and a giant party deck on the barge. 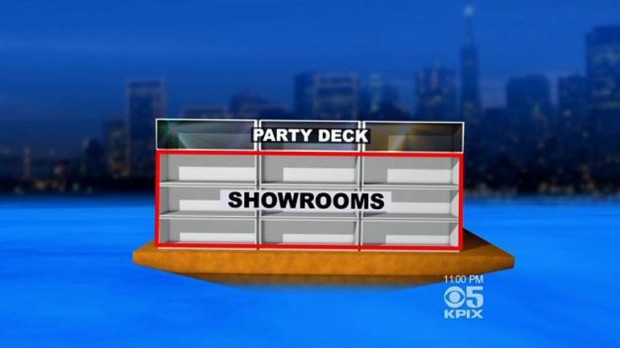 The Google barge was reportedly in the planning stages for over a year. The sources also tipped that the project was personally directed by Sergey Brin and is Google’s attempt to upstage Apple and the company’s high-end retail stores around the country.

The barge is stacked with interchangeable 40-foot-long shipping containers to create a sort of modular building that can be rearranged as needed. The individual containers can also be placed on other barges, trucks, or railcars and taken wherever they’re needed. The high-end showrooms will reportedly be used to show Google gadgets such as Google Glass to invitation only customers. The party deck is said to have multiple bars and other amenities for entertaining clients.