A San Diego driver was cruising down the street recently wearing her Google Glass Explorer headset and was pulled over by the police. The woman, Cecilia Abadie, was primarily pulled over for going 80 in a 65mph zone, but the California Highway Patrol officer also issued her a citation for wearing the Google Glass device. 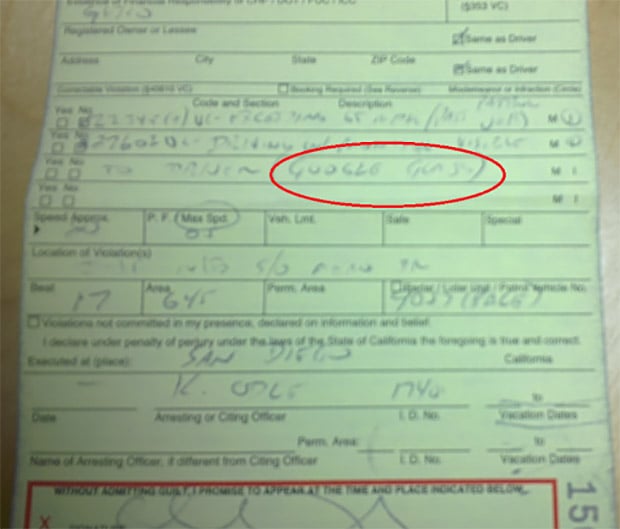 The citation she was issued is typically given to drivers who could be distracted by a video or TV screen inside the vehicle. Google Glass is supposed to be a wearable device that makes it easy to stay connected to your smartphone for navigation and other needs while keeping your eyes on the world around you. So in theory, you’re less distracted using Google Glass than looking at the screen on your car’s nav unit.

Abadie says that while her Google Glasses were on her face, she wasn’t using them at the time she was pulled over. Abadie says that she will seek legal counsel to consider fighting that portion of the ticket.

This definitely brings to light the behaviors and laws which might need to adapt as wearable technology becomes more pervasive.