This awesome zombie cake looks terrifying. Terrifyingly delicious. I would love to get a slice of that rotting flesh and bone. This undeadible masterpiece was created by the Tattooed Bakers for the opening of Miss Cakehead’s Feed the Beast cake shop. 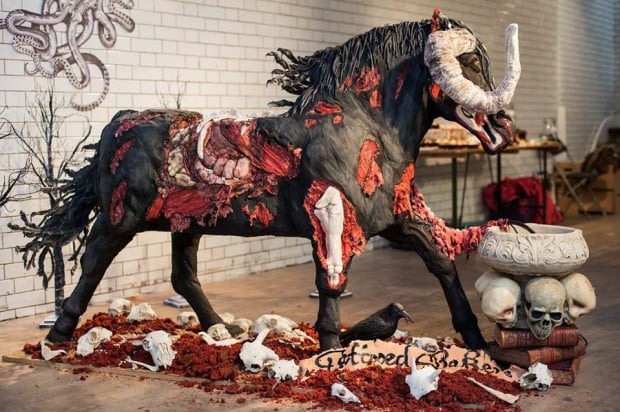 The horse of the apocalypse is a red velvet cake that took over 200 hours to complete. It’s got some really nice detail on its festering wounds. What makes this cake even better is that it pours a circulating fountain of rum out of its nostrils and into a cauldron. 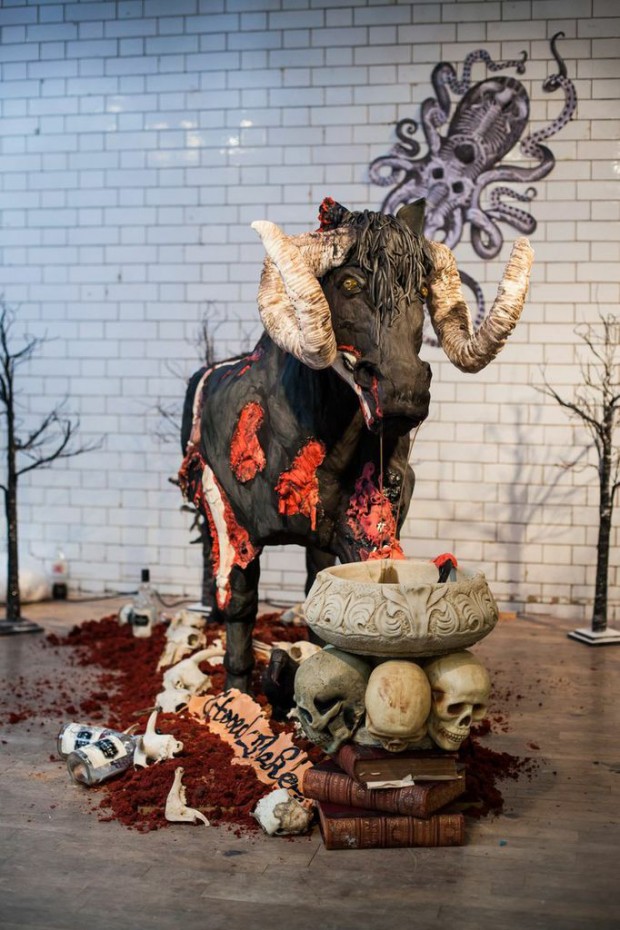 Cake and rum? From a horse? How awesome is that? Eat, drink, then eat some more, then drink some more and sooner or later you will be on top of this cake trying to ride it and slipping all over the place from the icing. Then breaking it in half and falling on the floor. Sugar and rum are a powerful combination. 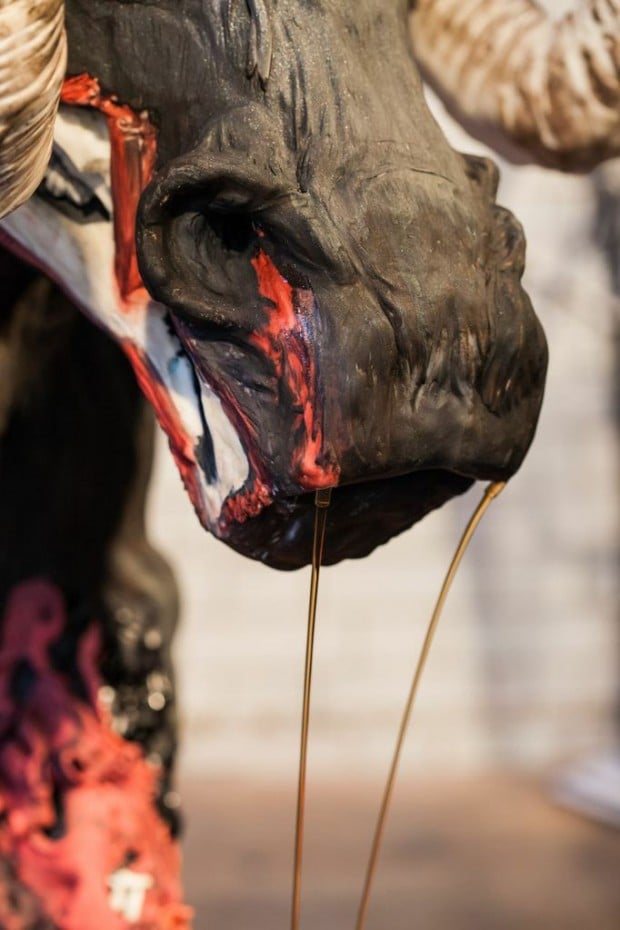