There’s no shortage of wearable action cameras on the market today. The most popular action camera comes from GoPro and is designed to be worn or mounted on just about anything you can think of. A company called iON has unveiled its own ruggedized action camera called the Air Pro 3 Wi-Fi. The cool thing about this camera is that not only can it survive splashes and being submerged in a mud puddle, this thing can go scuba diving with the ability to survive up to 49 feet of water,. 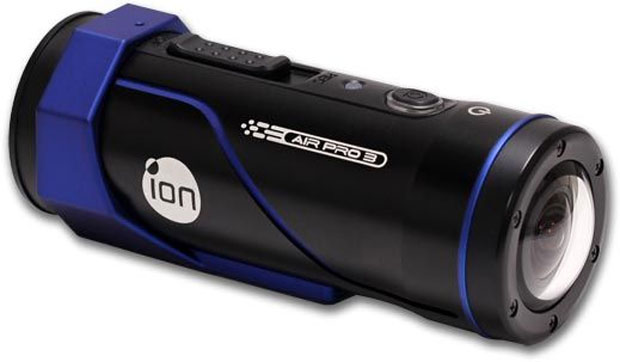 The camera features a 12-megapixel image sensor and can record full 1080p HD resolution video at 60 frames-per-second. Wi-Fi capability allows the camera to stream the video its recording to Android or iOS devices running a free companion application as well. Once the video is shared with the mobile device, it can be easily uploaded to social networks such as Facebook or YouTube.

In addition to the included helmet mount and tripod, its maker also offers a number of mounting options for the camera including a vehicle mount for automotive sports and several wearable mounts. The camera can be pre-ordered now for $349.99(USD) and will ship on November 15.