Alien Chestburster Macarons: Get in Me Belly (or Maybe Not)

One of the most memorable scenes in the history of science fiction has to be the John Hurt chestburster scene in the original Alien. It’s just the right blend of tension, suspense, and gross-out effects to be ranked up there at the top of list.

And while the crew of the Nostromo didn’t intentionally gestate aliens in their bellies, you now have the option to, thanks to these chestburster French macarons. 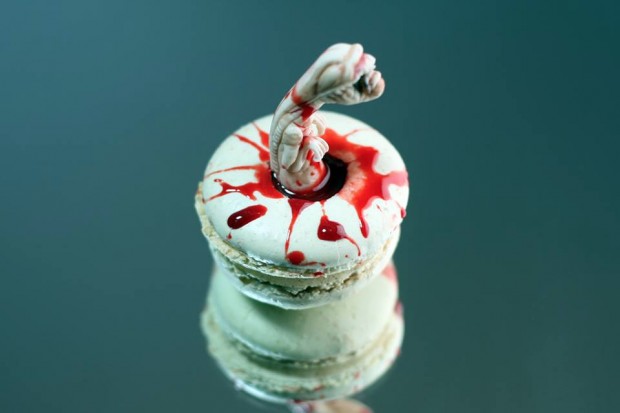 These delightfully nasty looking treats were made by Lou Lou P’s Delights, and while they look completely gross, they probably taste pretty awesome. That’s how the aliens lure you in to carrying their offspring, you see. While they look quite bloody, I bet that’s raspberry. Yum.

In addition to the chestburster, Lou Lou made some aliens in other states of their development, including facehugger and fully grown. Delightful. 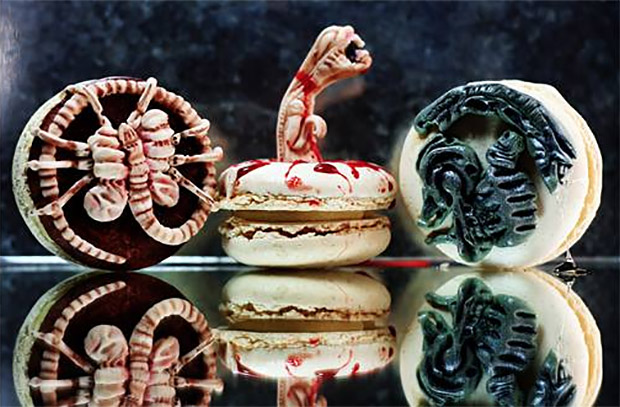