Back in 2009 we saw a dude who went as a playable Game Boy for Halloween. This year YouTuber MikeHandidate went as an updated version: a Game Boy Color. Perhaps realizing how awkward it would be to have the handheld’s buttons on his body, he chose to place the controls on his hands. Oh wait. 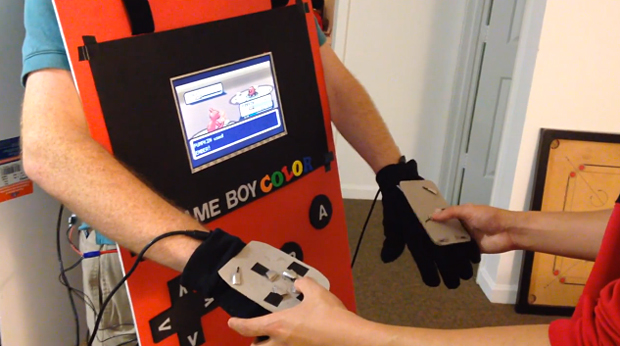 Even though it’s not very polished in terms of appearance, I’m still impressed with Mike’s costume. But eagle-eyed Nintendo fans will dock him a few points, and not because it looks like a fifth grader cut and pasted most of his costume. It’s because he chose to run a Game Boy Advance game – I think it’s Pokémon FireRed/LeafGreen –  on his costume. Mike said it’s because the screen on his costume has a 16:10 aspect ratio, so he thought a Game Boy Advance game would look better on it compared to a stretched out Game Boy Color game.