Not all Earth-sized planets are Earth-like. Take for instance the planet Kepler 78b, it’s Earth like in size but orbits too close to its parent star for any chances supporting life as we know it. That doesn’t mean there’s not a huge number of Earth-like planets orbiting in the right temperature zone around their stars in our solar system alone that are both Earth-like in size and orbit a parent star in the Goldilocks zone. 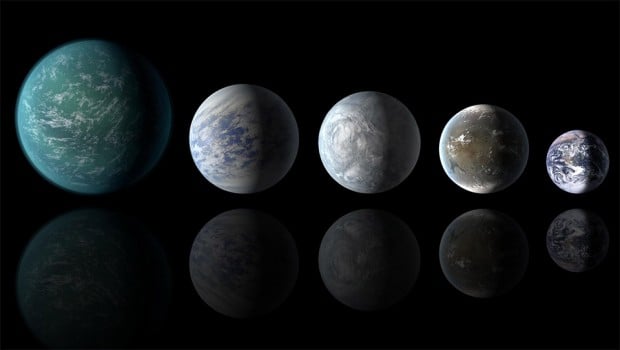 In fact, astronomers have issued a new study created using data NASA has collected to estimate that in the Milky Way galaxy alone there are 8.8 billion stars with Earth-size planets that orbit in a habitable temperature zone. That means scientists believe there at least 8.8 billion planets of the right size, in the right temperature for life to exist in our galaxy alone.

To put that into perspective, that’s more Earth-like planets orbiting stars in the correct temperature zone and there are people on the Earth. Scientists say that the next step in locating the most Earth-like worlds is to look for atmospheres on these planets using powerful space telescopes. The biggest problem facing this now is that these telescopes have yet to launch.

Scientists calculate that in the Milky Way galaxy where we live, about one in five stars are like our Sun in size, color, and age. Many of these suns are also thought to have planets orbiting in the habitable zone where water could be liquid according to calculations performed by scientists. This is important because this marks the first time scientists have actually calculated the number of stars that are believed to have planets like Earth rather than estimating. Though they did look at only 42,000 stars to extrapolate their figures. The scientists calculate that 22% of the stars in our galaxy have planets similar to Earth with a margin of error of plus or minus 8 percentage points.