How do you follow up Pac-Man light bulbs and an aquarium in a phone booth? With a police car turned into a Chicken Coop obviously. Benedetto Bufalino strikes again. 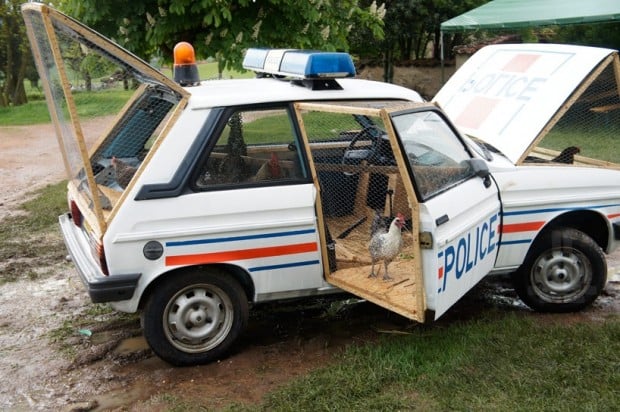 His newest piece of art is The Police Car Barn. That seems like a natural progression. I’m sure these police cars feel like a chicken coop to the criminals that ride in them, so it makes at least a little bit of sense. This functional chicken coop was built inside of an old 1970s era French police car. 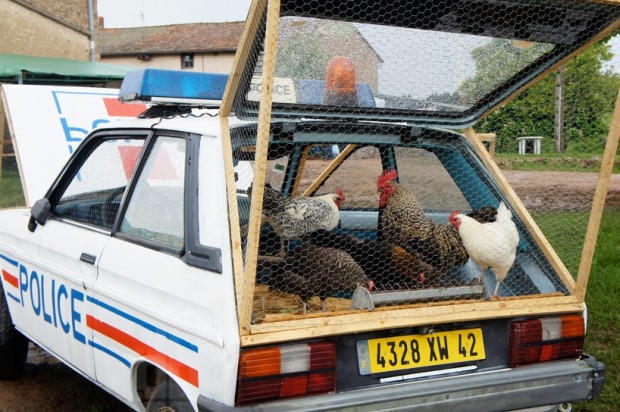 The interior was gutted and he propped up the hood, the trunk and the passenger door for some extra room.

These chickens have it good. A cool car and lots of room. It must be a pain to clean up though. And forget about it if you have to drive this thing in a high-speed pursuit.

[via designboom via Neatorama]