Xbox One Employee Edition up for Bidding: The All in White Entertainment System

Microsoft has one heck of an item for zealous Xbox fans and videogame collectors. The company has donated a very special edition of the Xbox One to UK charity GamesAid. The special next generation console, which is called the Xbox One White Exclusive Launch Team Commemorative Special Edition, is now up for grabs on eBay. Hopefully you don’t have to say its full name for voice commands. 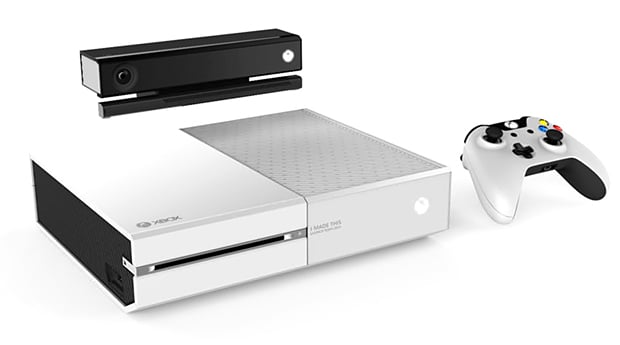 As its name implies, the console is supposed to be given only to Microsoft employees who worked on the Xbox One. It even has the phrase “I Made This” right in front. A couple of months ago Redditor Kinect10DLL revealed all of the perks that come with the special console. This particular auction is only for the console, a matching white controller, a Kinect (which for some reason is still in black), a headset and two exclusive achievements.

You can bid for this special Xbox One on eBay. As of this writing bidding for the console is at an astronomical £17,100(~$27508 USD), and there’s still a couple of days before the auction ends. Sadly it seems that the auction is being bombed with false bids – at one point the auction showed a bid of over $200,000. And gamers wonder why we’re perceived as immature.

GamesAid said it has asked eBay for help with the false bids. If you’re planning on bidding, you should contact GamesAid first to confirm that you’re serious about buying the console. Maybe they can tell you what the actual minimum bid is as well.