If you ever watched a professional automotive racing event, whether it was NASCAR or something else, you undoubtedly noticed that the cars tend to bump into each other a lot. The more the vehicles bump into each other, the more their performance is degraded. Griffin has unveiled a new iOS controlled racing car called the Moto TC Rally that brings the “rubbin’ is racing” mentality to the toy world.

The Moto TC Rally is a remote control car that uses an iOS application for control. The coolest part about the car is its Bump n’ Run feature. That feature uses impact sensors around the car to know when your competitors run into you. You can score points for causing damage to competitors and the more virtual damage your vehicle sustains, the worse your car handles and drives. 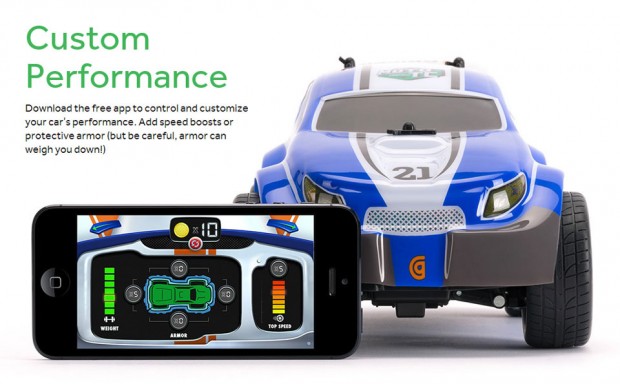 You can also just race the cars and the app has a built-in lap counter. The app also offers a number of power ups allowing you to repair your vehicle and add virtual armor. You can also deploy attacks on your opponents including the ability to mix up their controls and make them go slower. The Moto TC Rally is available now for $99.99(USD).