LEGO enthusiast Dirk aka dm_meister built pumpkin-sized versions of the mushroom power-ups from the Mario games. There’s the red Super Mushroom, the blue Mini Mushroom and the green 1-up Mushroom. Each model is made of almost 3,000 bricks and weighs 10lb. And they have eyes… holy crap I just realized Mario eats living creatures. 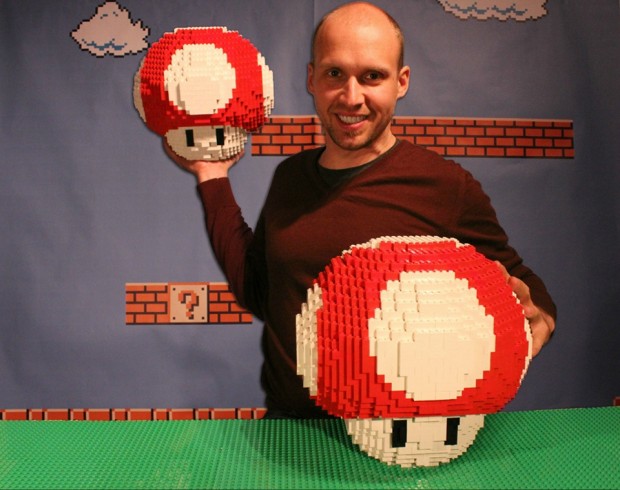 Here’s a closer look at the mushrooms: 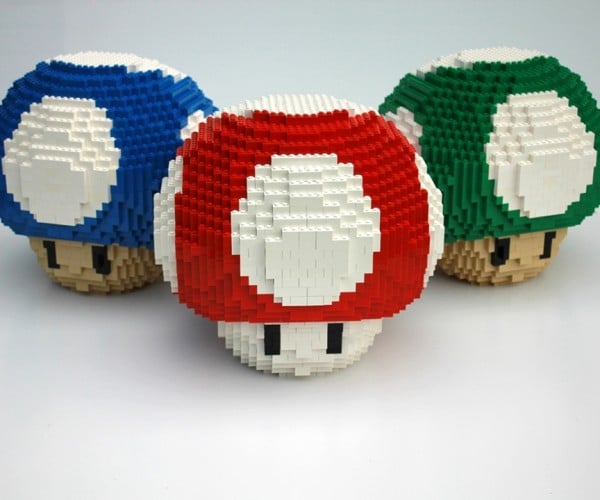 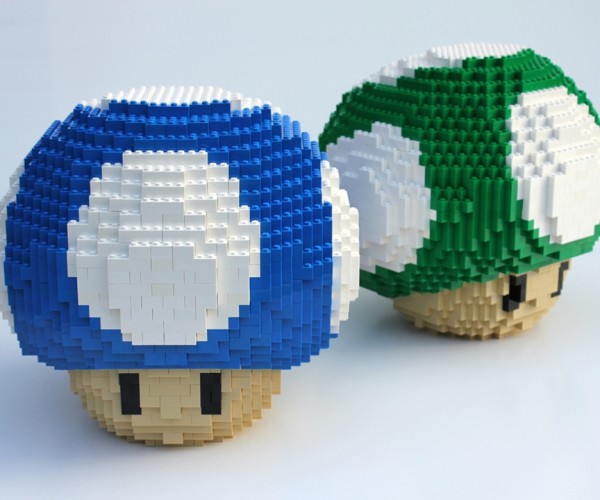 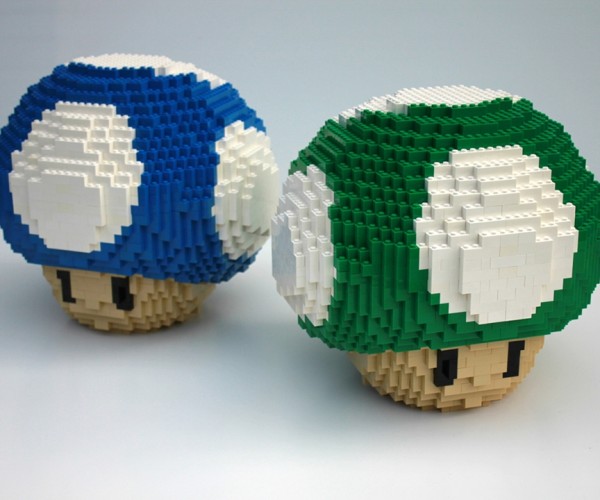 Here’s a time-lapse video of Dirk making the Super Mushroom:

Dirk said he’ll upload a more helpful video with CGI building instructions. Keep an eye on his YouTube channel for that one. Meanwhile, you can check out more of his MOCs on his Flickr page.