I’m a big fan of the whole 3D printing phenomenon, and really excited about the rapid development and growth of the technology. While most 3D printers work on the same principal – a moving print head that melts plastic – the Vader printer will be able to print using metal. 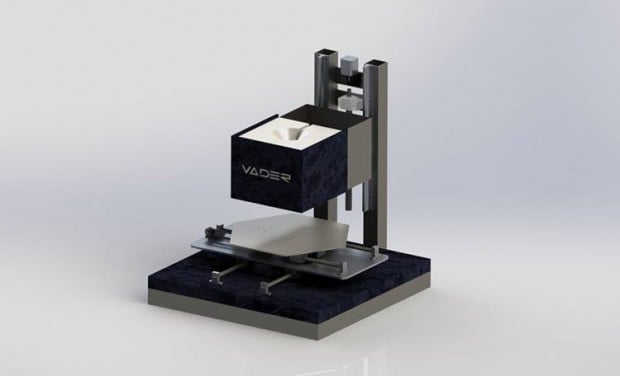 Scott and Zackery Vader (yes, that’s their actual last name) have developed the Vader – a liquid metal based 3D printer. This printer actually prints directly with molten metal, similarly to 3D printers that output plastic. Its thermal chamber melts down aluminum, then extrudes the hot metal onto a moving, magnetized printing bed. One interesting differentiator is that the Vaders say they’ll be able to build a version with a multi-nozzle print head, similar to those which work on ink jet printers. This could substantially decrease print times. 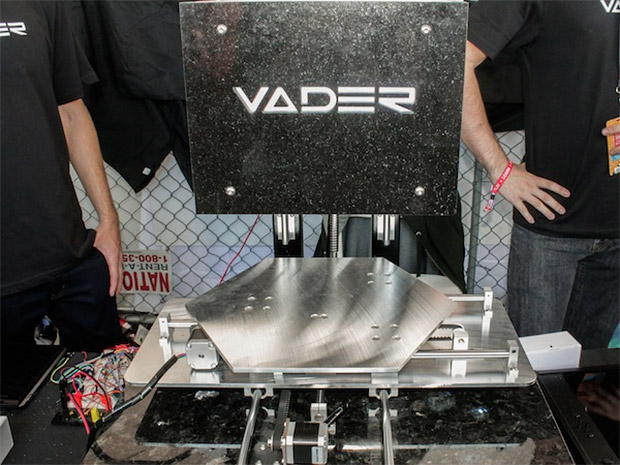 There are print methods that can use metal today, but most of them involve printing a wax mold, then pouring molten metal into the cast. There are also laser sintering techniques which fuse metal powder into a shape. As far as I know, the Vader is the first 3D printer to print directly with molten aluminum. This method allows for 100% metal density, as well as parts with hollow areas inside.

At this point, the team has an early prototype, which has all of the components – except the all-critical print head, but they say they’re confident in their invention. They intend on completing R&D of the liquid metal jet process and a working prototype by the end of the year. After this, they expect to produce a small business version, priced “between $10,000 and $50,000” and down the road they hope to release a prosumer grade Vader printer for under $10,000.

[via Tom’s Guide and Inhabitat]