F1 Car Made from Hundreds of Hard Drives

This F1 race car is a bit unusual. It is made from hundreds and hundreds of hard drives and that makes it look pretty awesome. Can you believe that those curves all come from hard drive parts? It was created by Western Digital’s Rob Ryan in a stunning bit of promotional marketing. 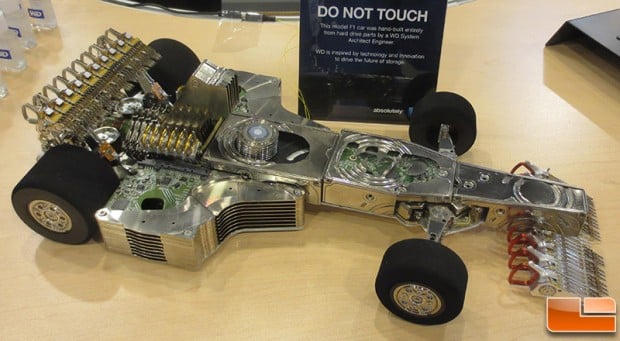 The tires are the only things not made from a Western Digital drive. The wheel hubs are made from 10,000rpm drive motors in the front and 7200rpm motors in the rear. They actually spin, having been milled down in a CNC machine. The side panels are a cluster of server-friendly WD Red hard drive parts, while the actuators form the front wing of the car. The rear wing is a combination of WD Velociraptor and Scorpio actuators. 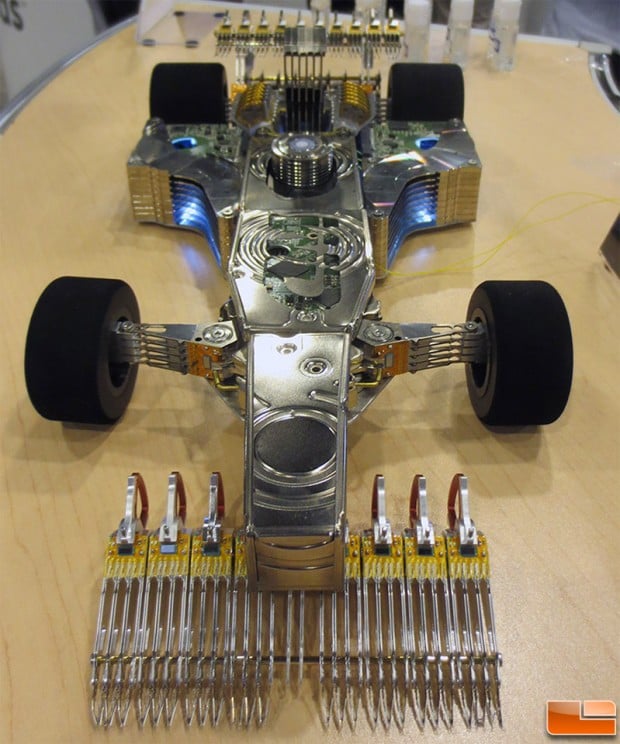 There are even a stack of disk motors in the middle of the car for the driver’s head. Behind that is the replica V12 engine, assembled from 12 Western Digital Scorpio notebook hard drives. Even the LEDs in the body were taken from WD My Passport external hard drives. This thing is quite a piece of work. The detail is just stunning. Best use of hard drives yet!

Head on over to Legit Reviews for more pics of this impressive build.