Turtle with Amputated Leg Gets Some Help from a LEGO Wheel

Schildi was a pet turtle living in Germany, presumably leading a happy life, gnawing on greens and taking forever to get anywhere as turtles do, but when he was abandoned, he lost a leg somehow. Luckily for Schildi, he was rescued, and vets were able to amputate his mangled limb. They replaced it with mankind’s solution for all things: LEGO. 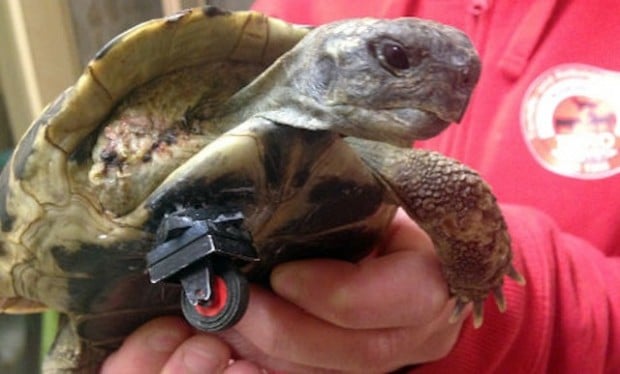 Yes, this turtle now has a LEGO wheel in place of its front right leg. Because let’s face it, a shopping cart wheel just would have been annoying on everyone’s ears. The doctor used a special surgical glue to stick the base block underneath Schildi and then superglue to connect the corners of the block:

“After that we could add blocks to achieve the correct height,” he said. And now the single wheel has proven to be successful, Schildi has been taken back to the animal shelter. “We will see him again once in a while for check-ups,” Azmanis said. “If he gets a ‘flat tyre’ it will be a simple matter to replace the wheel. They move around quite a lot so I’d expect to see him for a new wheel about once a year.” 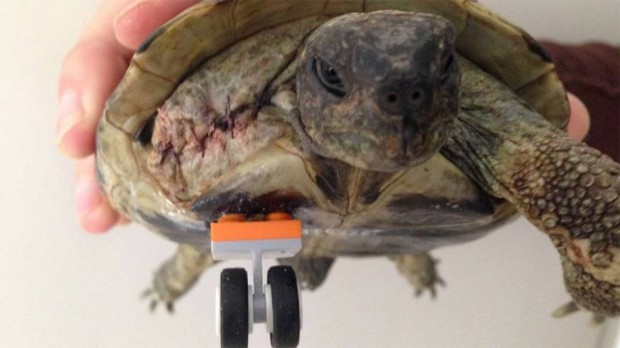 They should have put a LEGO castle on his back while they were at it. That would be awesome.

[The Local via Gizmodo via Geekologie]