This awesome sunscreen looks like it would be at home in deep space, but it’s actually designed for the arts district in Dallas, Texas. The sculpture/sunscreen was commissioned by the police to protect us from brain scans by aliens (NOT!). 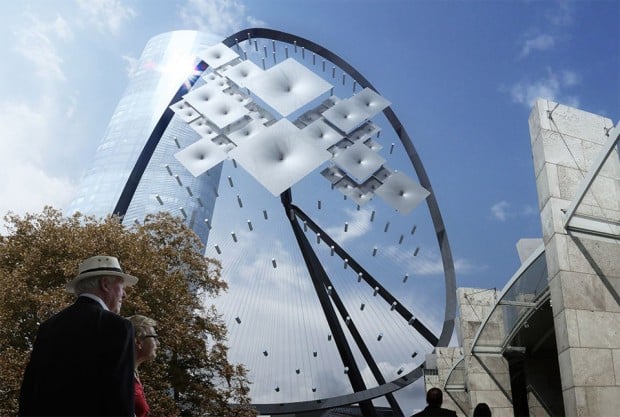 Actually, it was designed by REX Architecture as a proposed way to prevent harsh reflected light from bouncing off a highly reflective building into a neighboring sculpture center. The 400-foot-tall installation would generate different designs throughout the year. The shields are designed to open and close like flowers to automatically block sunlight coming in at different angles. Mr. Burns would have been proud. 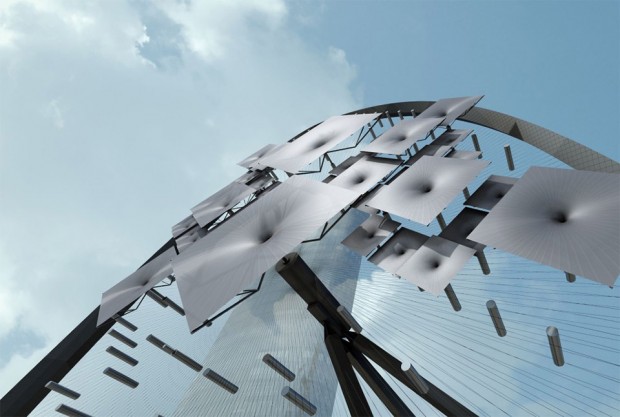 The sun’s movements were mapped, allowing the team to sculpt SURYA perfectly. Personally, I think they should have included some solar panels in their design so they could harness the Sun’s energy at the same time. That would have been even better.