NASA isn’t immune to software glitches that can cause some of its incredibly expensive hardware to stop functioning. Such was the case about a week ago when a software update caused a fault on the Curiosity Mars rover, leaving it immobile for almost a week. NASA has announced today that Curiosity is rolling again on its way to the base of the 3.4-mile tall Martian mountain that’s its goal by next spring. 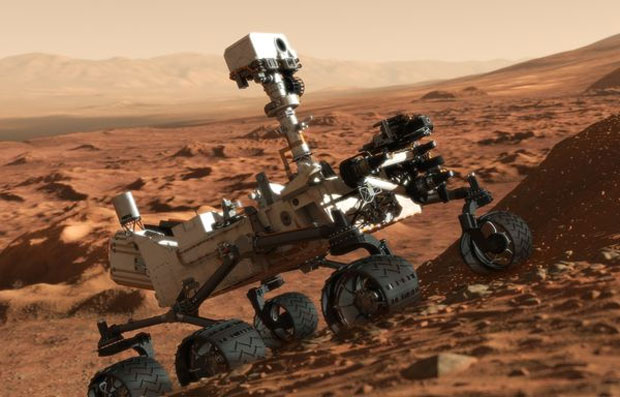 NASA officials say that Curiosity begin moving again early Thursday morning leaving the rocky outcrop called Cooperstown where its been parked during its cross-country trek. Mount Sharp is the ultimate goal destination for Curiosity and is in the middle of Gail Crater.

Curiosity went into safe mode on November 7 after the machine’s internal computer froze while ground controllers were attempting to switch to new upgraded software. There was some sort of discrepancy between a data file and catalog file inside the rover’s computer. Reports indicate that when running on the new R11 software, Curiosity’s catalog file showed data was still written to the computer memory. The computer inside the rover was unable to access that data because the older R10 software handles data differently than the upgraded R11 software. Curiosity was eventually reset and is using the older R10 software while engineers update to R11. It’s just like a Windows update.

“Unfortunately, the handover didn’t work well,” Jim Erickson, Curiosity project manager at JPL, said. “It was a transition problem. We can easily fix this now that we know what the issue is by clearing out the ready-to-send catalog before we switch to R11.”