Thanks to these custom tiles, I can finally turn my room into the Death Star. They look amazing. You really could turn any room into a Death Star. Death Star shower? You could do that. And it would be amazing. Of course then you would need some Death Star soap to go with it. This station would be the… ultimate shower in the universe! 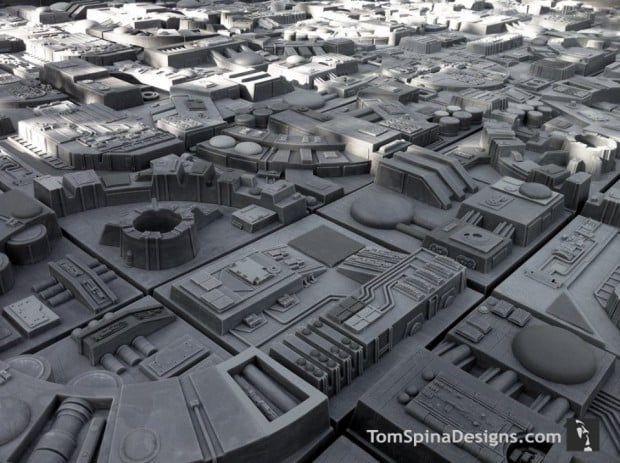 Artist and designer Victor Brown collaborated with Tom Spina Designs when his client wanted a sci-fi inspired custom home theater. One requirement was wall tiles that you can’t just find at your local Home Depot. They came up with tiles that look like the Death Star Trench run scene from Star Wars Episode IV: A New Hope. 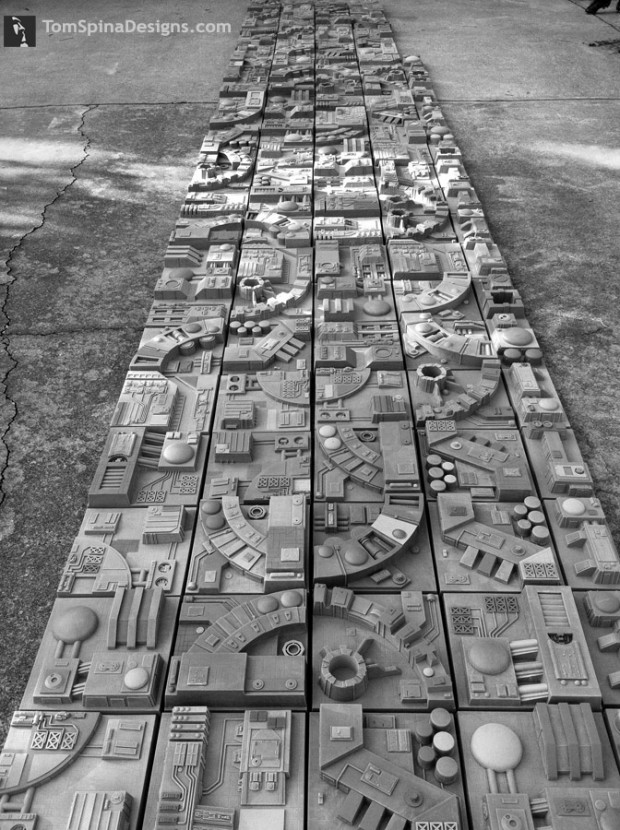 They designed 14 different 12″x12″ sculptures, then artist Lonnie Hale reproduced a total of 120 Death Star tiles in cast resin. They were installed under the home theater’s screen and along the lower walls and steps. As you can see in the video and it really completes the theme. I want a whole wall full of these amazing tiles.

[via Homes and Hues]