It’s the eve of the launch of the PS4 and one week before the Xbox One’s arrival, and I just realized something. We pay $60 for video games these days, and they all are packaged in the same old boring round discs. Sometimes I long for game cartridges. Not only did ROM-based games load instantly, their cartridges offered each system their own distinctive game packaging. Arguably, the most iconic game cartridge is from the original NES. 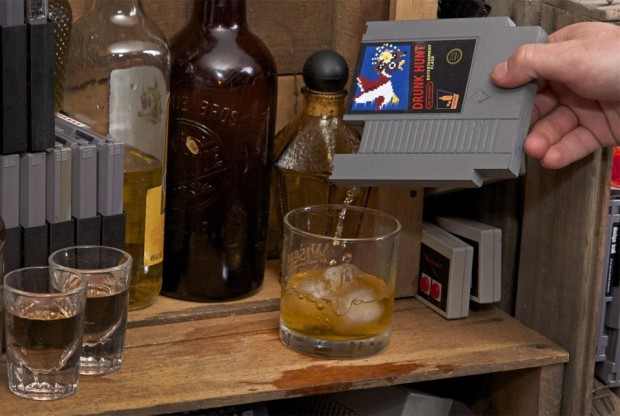 The guys at Ink Whiskey have come up with the Entertainment Flask, a drink flask which disguises itself perfectly as an NES cart. Each one is embellished with an appropriate game label, including Metal Beer, Super Bar-Hop Bros., CastleVodka, and the sure to be top-seller Drunk Hunt. 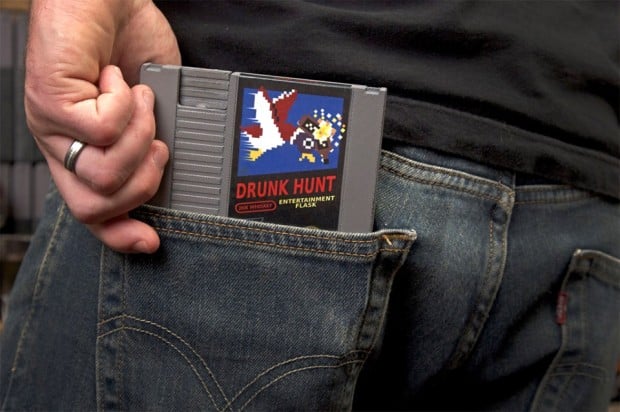 Ink Whiskey is currently raising funds for production of the Entertainment Flask over on Kickstarter, where a pledge of at least $20(USD) will get you a cartridge flask. $50 or more gets you a shiny gold The Legend of Drink edition, reminiscent of the gold Zelda and ridiculously rare Nintendo World Championships gold cartridge. 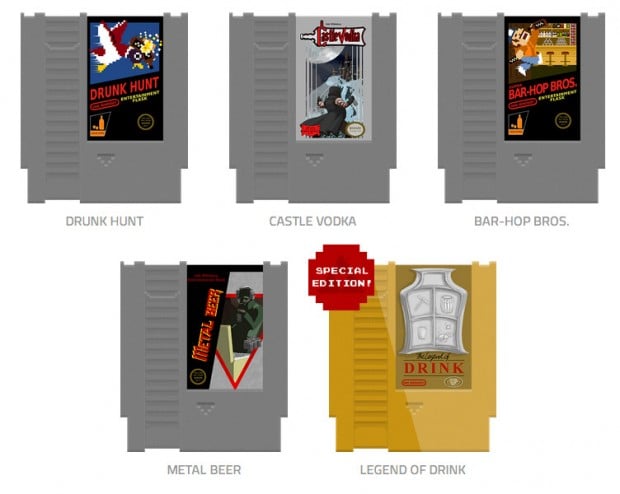 They’ve still got a little way to go to hit their modest fundraising goal of $12,000, so head on over before November 23 to show your support to help bring this project to fruition. Your whisky is counting on it.