Want to fly an R/C helicopter but have trouble with the controls? Swann has announced a new miniature remote-controlled helicopter called the Mosquito. The little helicopter has a rotor diameter of only three-inches and weighs less than one ounce. Its small size gives the Mosquito superior speed and maneuverability compared to larger remote control helicopters designed for indoor flights. 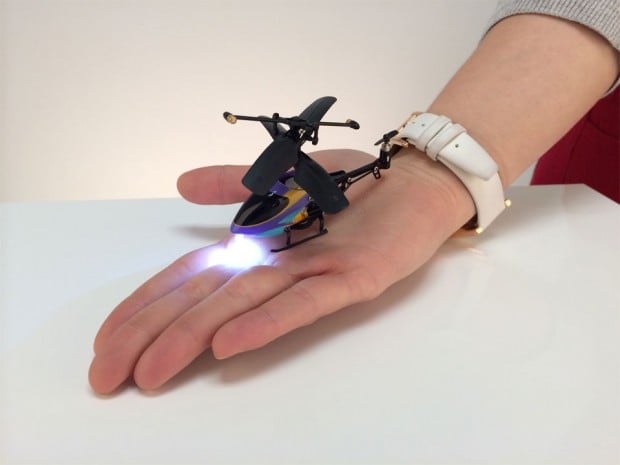 The helicopter can fly six ways including up, down, forward, backward, left, and right. Power comes from a rechargeable 3.7 V lithium polymer battery good for up to seven minutes of continuous flight. The remote control is powered by six AA batteries, and is used to charge the helicopter’s internal battery. The Mosquito is available now for $29.99(USD) at Fry’s electronics stores.