A few years ago we saw a View-Master that was upgraded with digital picture frame displays. Alec Smecher took the classic toy to the next logical progression. He bought a very old model of the View-Master and installed a pair of 0.9″ 96 x 64 OLED displays, a Raspberry Pi and a laptop CD-ROM drive on it. After a lot of hacking and programming, he was able to make it play 3D video. 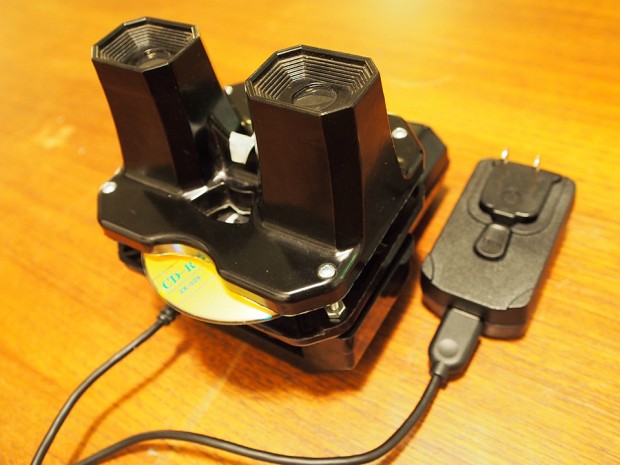 All of the electronics fit on the View-Master because this particular model has an attachment for a light bulb and two D batteries so that the toy could be used in low light. The Mini-CD actually sticks out of the top of the View-Master as it spins, a nod to the cardboard reels used with the toy. Alec also made the smallest possible modification to the case of the View-Master so that he could still restore it to its original state if he wanted to.

Alec says that his hack isn’t 100% done yet but as you saw in the video it does work. Check out Alec’s website for more details on his hack. I bet a lot of people would like it if Oculus VR released a View-Master case for the Rift.