A couple of years ago we checked out Ryan Brooks’ replica of Tony Stark’s briefcase suit from Iron Man 2. While the suit did transform and was wearable, it basically looked less like a briefcase and more of a pile of armor squished together. This year Ryan made a smaller but more polished Iron Man prop. It’s a Mk. III helmet that can be opened or closed just by nodding. 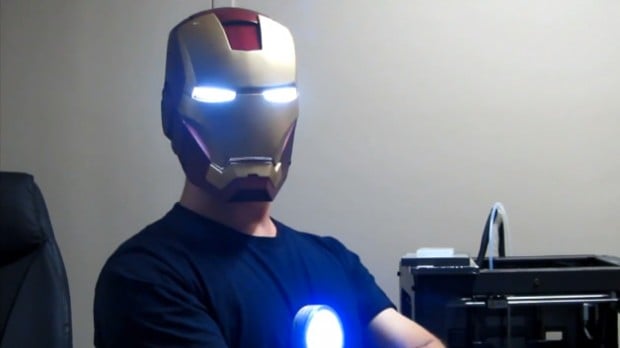 Ryan 3D printed the helmet itself. He made it so the flaps at the neck area fold upwards so that he can wear the helmet.

The servo mechanism also moves the lower jaw of the helmet when the faceplate is opened or closed.

If you’re a fellow tinkerer who’s working on your own Iron Man helmet, you might want to get Ryan’s servo mechanism, which you can purchase from his website.