To celebrate the 50th anniversary of Doctor Who, artist Bill Mudron drew a timeline – timeandspaceline? – of the Time Lord’s adventures. His artwork starts with the First Doctor up until the upcoming The Day of the Doctor episode, with major events noted in between. In other words, it’s one massive spoiler. 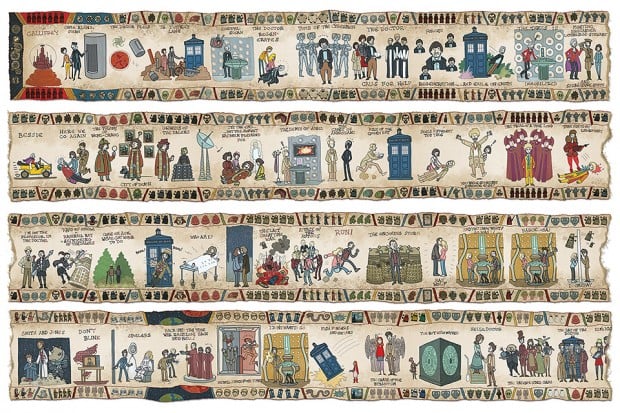 Bill made the timeline in the style of the Bayeux Tapestry – a 230ft. long embroidered cloth that depicts a major historical event in England – hence its name. Bill originally planned to draw the timeline in one continuous strip just like the Bayeux Tapestry, but he eventually decided against it because the resulting print would’ve been hard to frame and display. The final print measures 24″ x 36″. You can check out a high-res image of the print on Bill’s Flickr page. 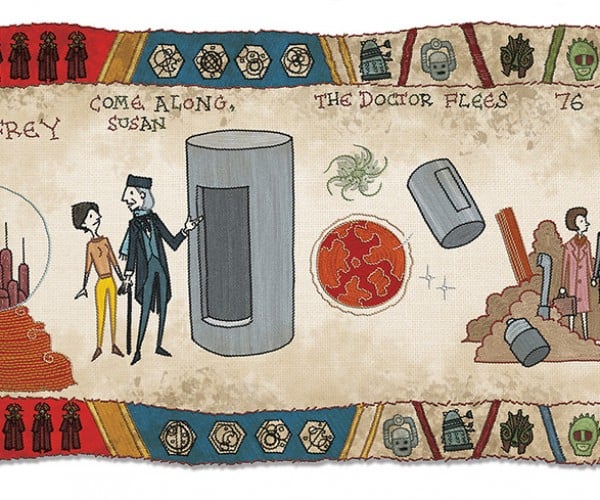 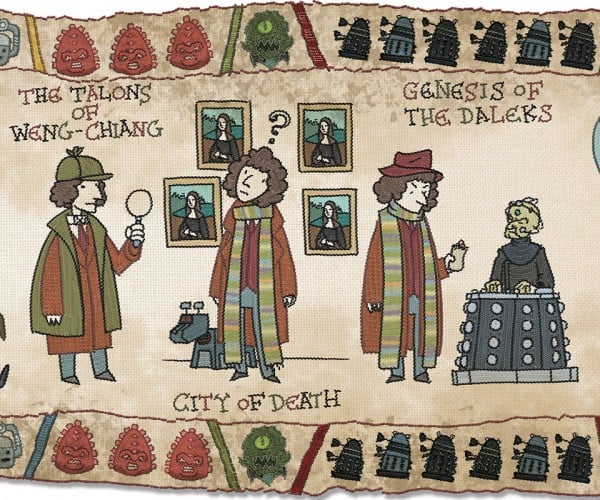 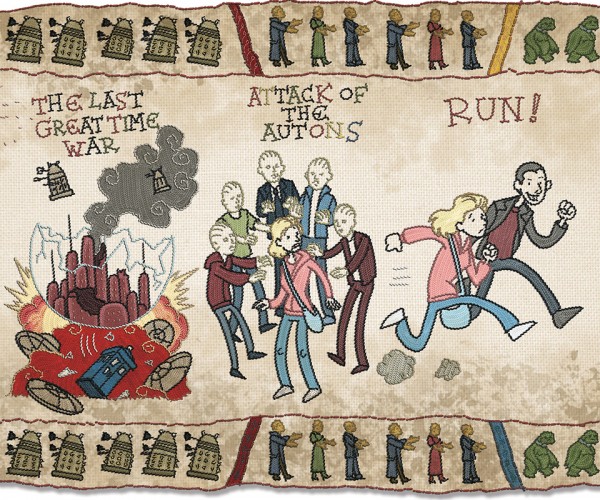 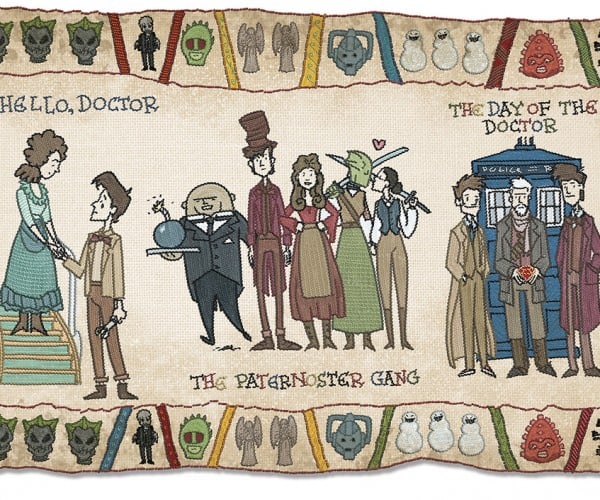 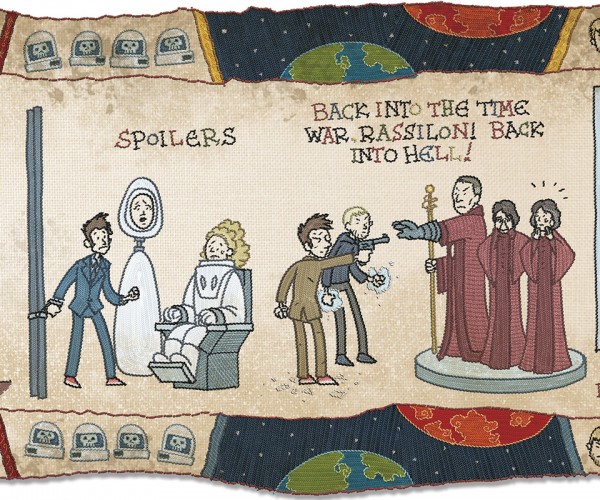 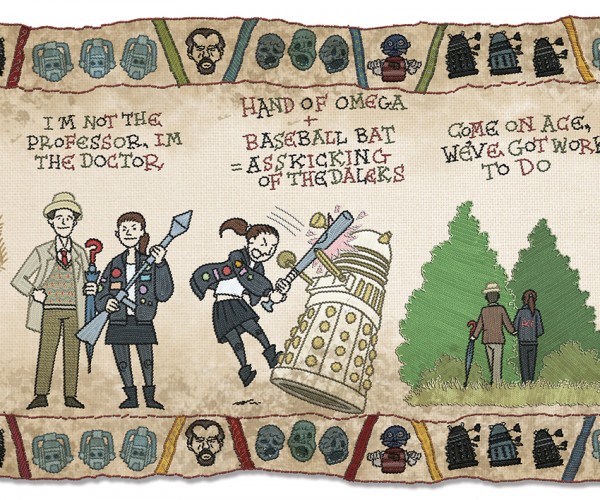 You can order the Baywheux Tapestry from Bill’s online shop for $40 (USD).