I’ve always found it curious that the entire city of Venice, Italy is built on the water. The way to get around much of the city is by boat, and the main thoroughfares are canals between different buildings and walkways. As close as I’ve ever gotten to exploring Venice, Italy is watching James Bond chase bad guys around the city. 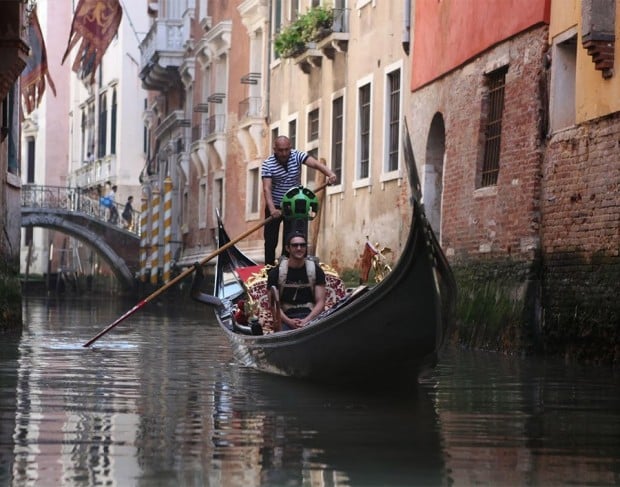 If you want to explore Venice, but can’t afford the airfare, Google has announced that its Street View imagery is now available for all of the canals and walkways of Venice. To grab the Street View imagery, Google workers used their Trekker Backpack and covered 265 miles on foot and 114 miles by boat.

Google says that it covered all the major attractions in Venice and also covered some of the lesser-known features including the synagogue of the first Jewish Ghetto and the Devil’s Bridge on Torcello Island. Google has even offered up a behind-the-scenes video showing how it captured some of its Street New footage in Venice. This is way cooler than those Street View images of CERN and the Large Hadron Collider.