Its impressive to hold a Coca-Cola bottle in your hand and think that about 30% of the bottle is actually made from renewable plant material. Coca-Cola and other soft drink companies have long been using a durable lightweight called PET. Ford uses PET in some of the materials in the interior of its vehicles including headliners, fabrics, and carpet among other things.

Coca-Cola’s PlantBottle technology makes for a greener version of PET and Ford has announced that it has teamed up with Coke to utilize the PlantBottle tech inside of its vehicles. 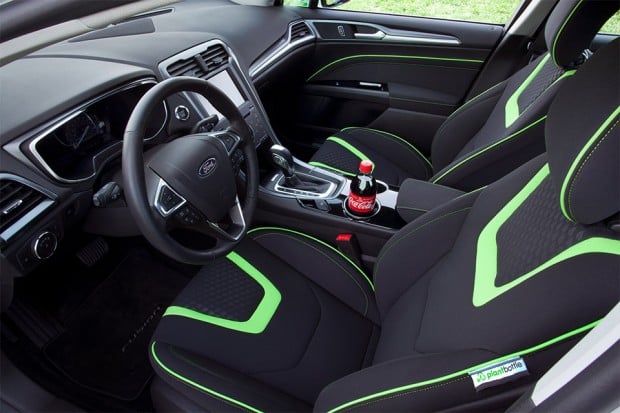 Ford will be showing off the Fusion energi plug-in hybrid vehicle in Los Angeles next week and inside the vehicle makes extensive use of PlantBottle technology. 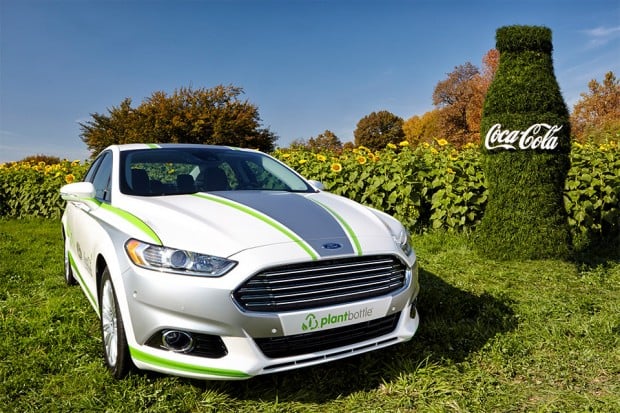 Scientists and engineers from Coca-Cola and Ford worked together to develop a fiber using PlantBottle technology that can be woven into automotive grade PET fabric. Ford is using the technology to make fabric coverings for seat cushions, head restraints, and other components inside the car including headliners and door panels. Ford is currently evaluating using the material in other applications as well.