A lot of people I know tend to avoid eating two things in public: chicken and burgers. Chicken, because it’s harder to eat without using your hands (and the smell lingers on your fingers when you do) and burgers, because you can look quite unsightly when you open wide to take a bite.

For the former, there’s finger tongs (or trongs). For the latter, there’s the Liberation wrapper to hide you behind a demure facade while you stuff your face. 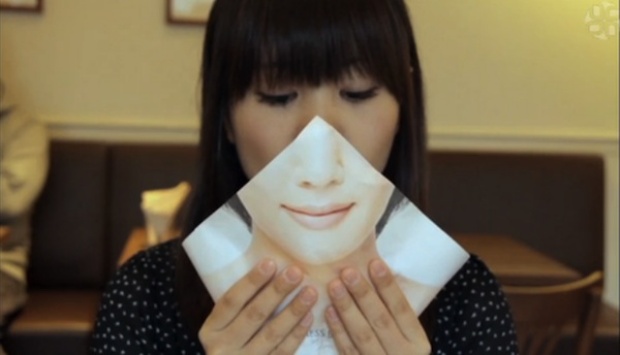 The burger wrapper was debuted by Japanese burger chain Freshness Burger. Printed on the outside side of the wrapper is a half-face of a smiling woman, which is meant to cover the diner’s actual half-face while she eats.

The wrapper essentially masks the person’s face from the front view, although I don’t think anything can be done for the side view at this point. After switching their wrappers to this, Freshness Burger reported a 213% increase among women who ordered their burgers. 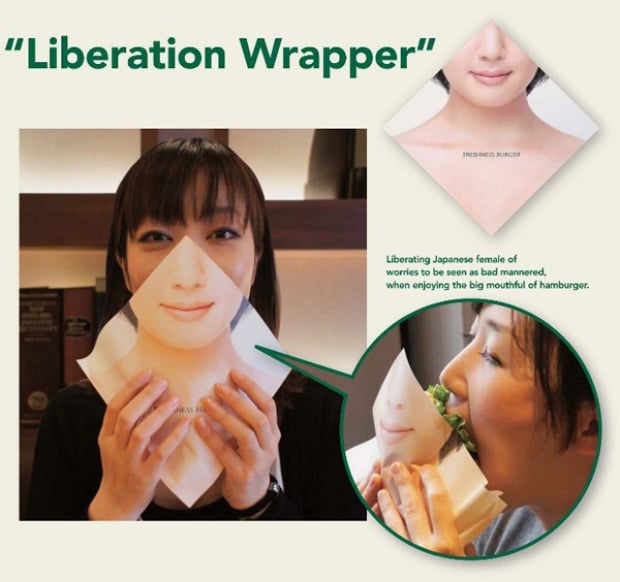 I wonder if they’ll make a male version of the Liberation Wrapper for the men who do care about how they look when they eat.

[Lost at E Minor via TAXI via Foodbeast]