Tornado Wrecks This Guy’s Home, but Don’t Worry, His PS4 Is Fine

This past weekend, the U.S. Midwest was struck by some really nasty tornadoes. As tornadoes will do, they caused some very bad destruction in the areas and some even lost their lives. Tornadoes are pretty scary and they can destroy everything you have in just seconds.

As usual, in the aftermath, you could see people digging through the rubble that used to be their homes in an effort to salvage whatever they can. Sometimes that isn’t much and it is pretty heartbreaking. But if you just bought a PS4 and at least that survived? Well, that would at least be a bright ray of sunshine in an otherwise terrible outcome. At least you have something. 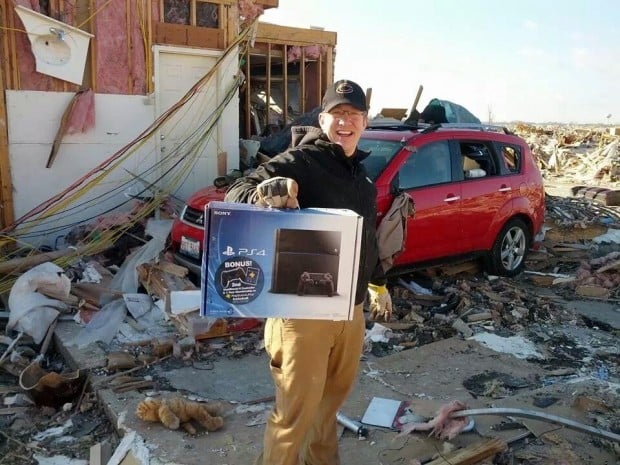 That’s what happened to this gamer. The house is gone, but his PS4 survived intact in its box. Yeah, things still suck, but that’s got to help you feel a little better.

Now all he needs to do is hope it doesn’t have the blue pulse of death when he fires it up.