It’s been a while since we talked about the comet ISON. We mentioned back in January that if the comet survives its brush with the sun later this month, it could be the brightest comet seen in hundreds of years. So far, the comet has remained intact as it heads towards its closest rendezvous with the Sun on November 28. 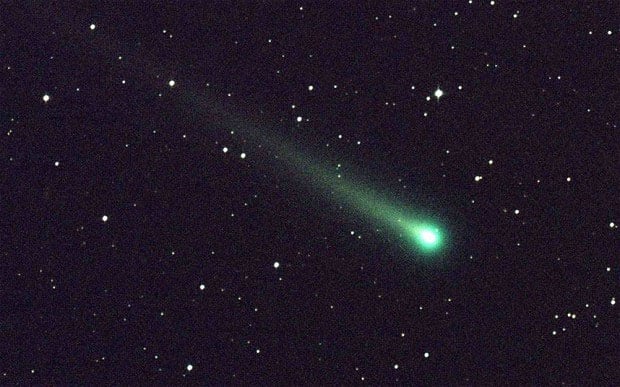 If the comet survives its brush with the Sun, it will head back out of our solar system and pass the Earth again. On its return trip away from the Sun, the comet will be so bright that some scientists believe we will be able to see it during the day. The last time a comet was so bright it could be seen during the day was in 1680.

Scientists are saying that ISON has the potential to be the “comet of the century.” ISON is already bright enough to be seen with the naked eye at night in some locations. If the comet survives, it will be at its brightest in early December.