New Volcanic Island Rises out of the Ocean Near Japan

There are a number of volcanically-formed islands in the oceans around the world. A new volcanic island has poked its peak above the surface of the ocean for the first time recently. 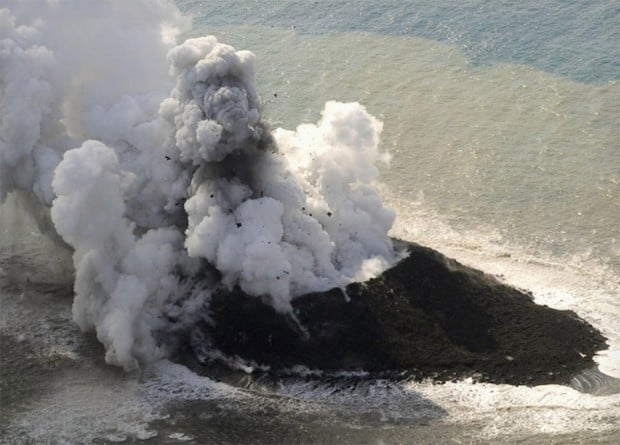 The island is tiny right now measuring only 200 meters wide. Since the island is so small it hasn’t even been named. Scientists say that since it is made from volcanic rock it may not live long as such rock erodes easily. If the island survives it may get a name in the future.