When it comes to pets, most people stick with dogs and cats. Some folks out there want something a bit different like snakes or turtles. A family from Brazil had a pet turtle, but lost it many years ago. The people thought the turtle wandered out of the house when builders left the door open. 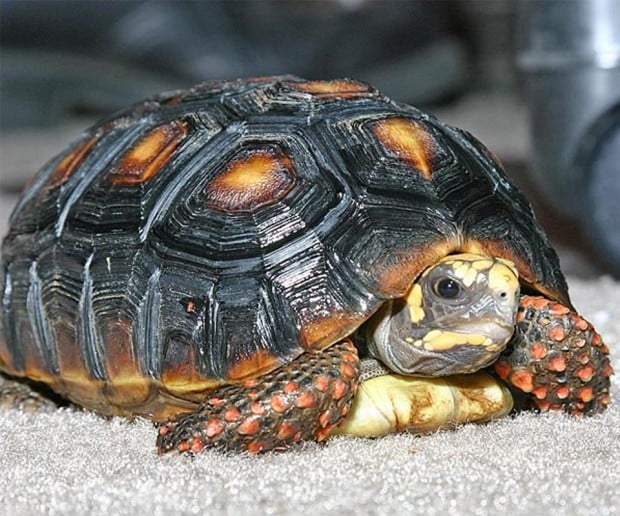 Not the actual turtle found, but a reasonable facsimile

30 years later the family was back at the home cleaning it out after the death of a family member. When they got into a locked storage building inside the home, they discovered the missing turtle living inside a box.

“I put the box on the pavement for the rubbish men to collect, and a neighbor said, ‘you’re not throwing out the turtle as well are you?’ ” the younger Almeida told Brazil’s Globo website. “I looked and saw her. At that moment, I turned white, I just couldn’t believe what I was seeing.”

The turtle was found living in a cardboard box. Veterinarians say that red-footed tortoise such as this can live two to three years without eating. However, 30 years is a bit of a stretch. The vet thinks the turtle probably lived by drinking condensation and eating termites or other bugs.