When I was a kid I used to love creating domino courses and watching them all fall in fun ways. I would never have the patience to do it today. Especially not anything as elaborate as what these people set up. This 20-foot-tall tower sat at the end of an array of over 100,000 dominoes. 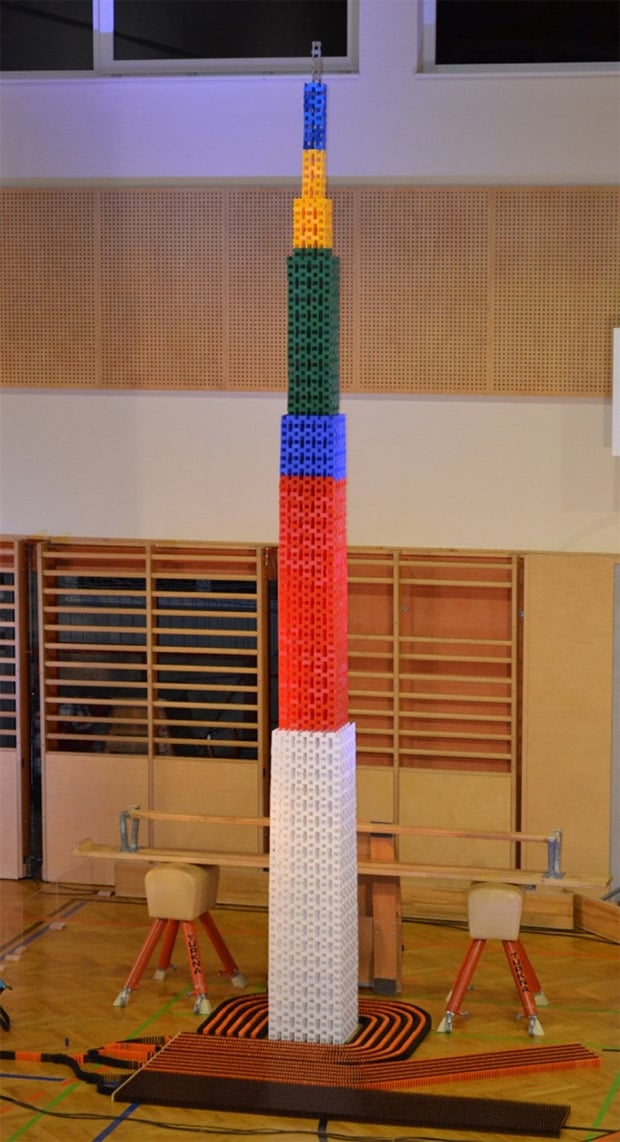 The structure was designed and built by the group Austrian Domino Art with some help from HLUW Yspertal students. It took five months of preparation and four days of setup – and it is all over in a few short minutes. They now hold the record for tallest domino structure.

Their domino tower itself consisted of 11,465 dominoes! It is super fun to watch the lead-up to the big fall, as they incorporated some really cool elements throughout their domino construction. Check it out: