A few months ago we heard about a supercapacitor designed by a high school student that could lead to quick charging and longer lasting mobile phones. The Blueshift Helium speaker gives us a taste of that future. It also uses supercapacitors instead of rechargeable batteries to drastically reduce charging times. 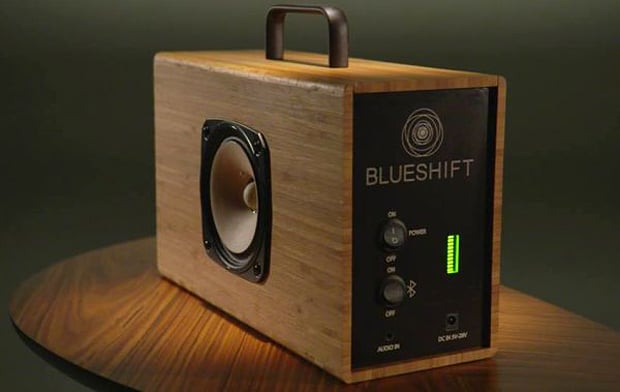 Blueshift claims that its Helium speakers can be fully charged in just five minutes and last up to six hours while playing at its maximum volume. That’s a huge improvement over practically any speaker in the market. The supercapacitors will also supposedly last up to 500,000 charges, compared to the hundreds or thousands of cycles for most rechargeable batteries. The Bluetooth speakers also have a bamboo case and one or two 4″ full-range drivers (there are mono and stereo versions).

Pledge at least $350 (USD) on Crowd Supply to get a Blueshift Helium speaker as a reward.

[via Damn Geeky via Design You Trust]